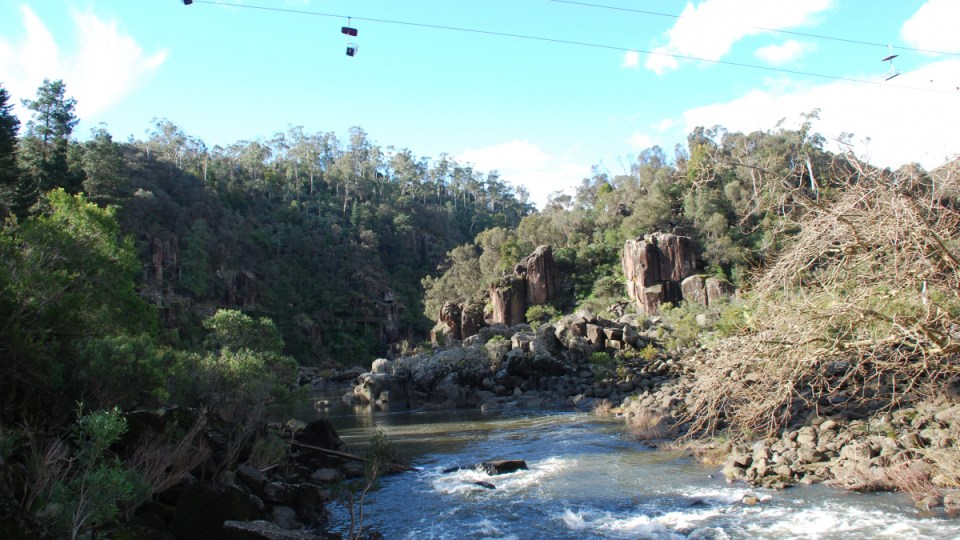 A search continues for a young woman who went missing while swimming at Cataract Gorge in Tasmania. Photo: AAP

People have been asked to avoid a popular swimming spot in northern Tasmania as the search for a missing woman enters a second day.

The woman, aged in her 20s, who was swimming with friends and family at Cataract Gorge in Launceston, was reported missing around 1 pm on Tuesday.

The woman was last seen swimming in an area of the gorge known as First Basin, which is 20m deep.

Parts of the basin will be closed for periods of the day due to the search.

“People are asked to avoid the area while the search is underway,” Tasmania Police said in a statement.

More than 30 people, including SES volunteers, were involved in the search on Tuesday.

Kirstie Clements: The future of fashion is comfort, not whatever they’re wearing in Dune
First virus death in Tas since reopening
Today's Stories