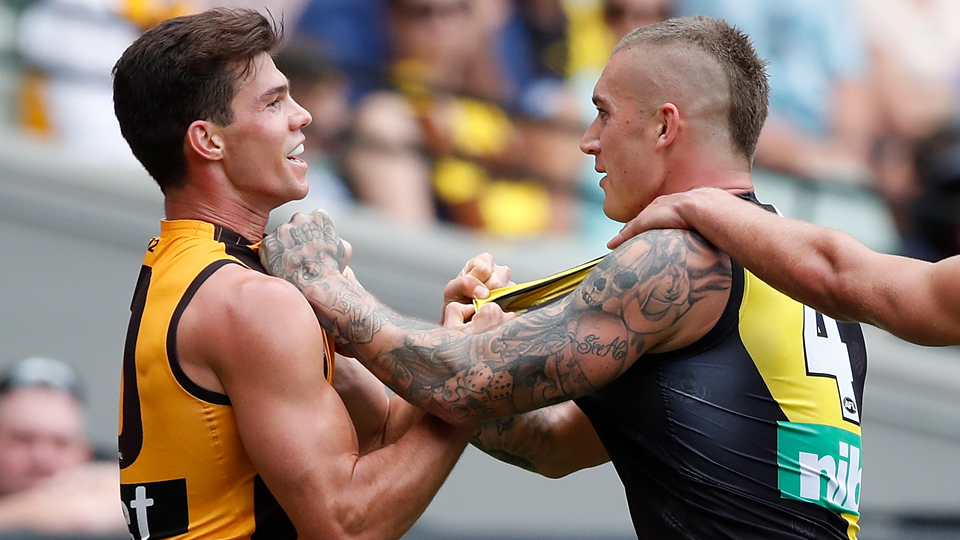 Tempers can flare when Hawks meet Tigers, but this time they're uniting for a noble cause. Photo: Getty

AFL clubs Hawthorn and Richmond will contest a pre-season match in north-west Tasmania next year to help raise funds for the victims of Devonport’s Hillcrest Primary School tragedy.

Five children died after a gust of wind sent a jumping castle 10 metres into the air during end-of-year celebrations at the school on Thursday.

More than $1 million has already been raised in the community to support those mourning the tragedy.

Hawthorn, Richmond and North Melbourne – all of which have strong ties to Tasmania – will support fundraising efforts in the lead-up to the match, which will be played on March 5.

The venue and ticketing arrangements are yet to be confirmed.

“A fundraiser and a game of football cannot change what has happened, but it is one way for our game to wrap our arms around the north-west community of Tasmania and show our support,” AFL chief executive Gillon McLachlan said.

Tasmania premier Peter Gutwein is behind the AFL fundraising effort.

“Footy is a game that brings communities together and I commend the clubs and the AFL for this initiative, which will greatly assist with the community recovery process from this heartbreaking tragedy,” Gutwein said.

The AFL will confirm the rest of its 2022 pre-season fixture on Monday.

The season proper begins on March 16, when premiers Melbourne take on the Western Bulldogs at the MCG.