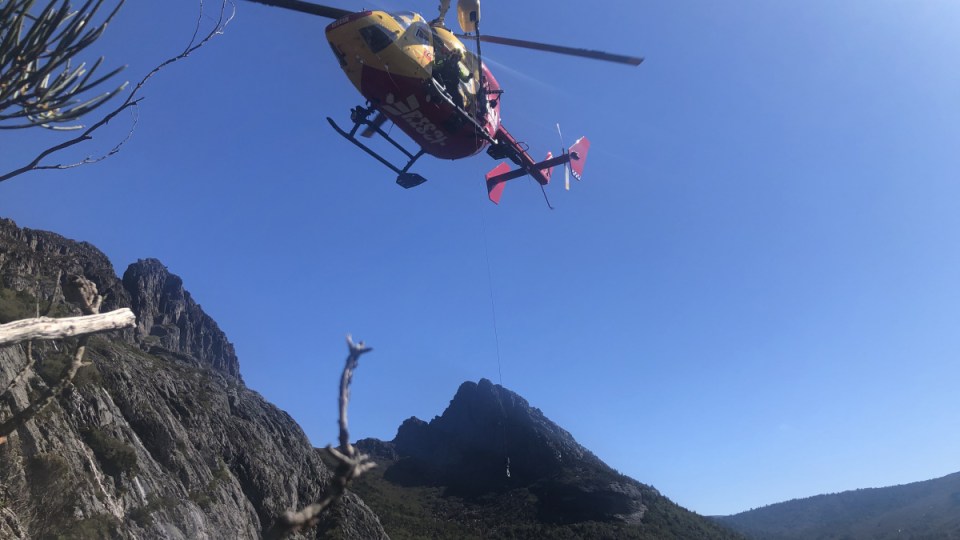 An aerial and sea search was sparked when two men failed to return to the Tasman Peninsula. Photo: AAP

A 65-year-old man has died in a boating mishap in south-east Tasmania while on a trip with his son, who was rescued after spending a cold eight hours at sea.

An aerial and sea search was launched on Thursday night when the pair failed to return from an afternoon trip at Norfolk Bay on the Tasman Peninsula in their three-metre dinghy.

The 33-year-old man, believed to be visiting from interstate, was found about 1.5 kilometres offshore from the bay about 10.30pm.

The body of his father, who lived in Tasmania, was found washed ashore about 8am on Friday.

“We would like to thank the local community for all their assistance with the search and offering information,” Tasmania Police acting inspector Penny Reardon said.

“We would like to pass on our condolences to the man’s family and loved ones.”

Inspector Reardon said the son joined search efforts on Friday after being taken to hospital for assessment and was “very, very lucky” to have survived.

The men were both wearing life jackets and had planned to stay close to shore at Norfolk Bay.

“We’d like to remind everyone before you head out on the water that you check the weather conditions and be fully prepared,” Inspector Reardon said.

“There was some swell [on Thursday] afternoon but it was quite calm in the evening. The water temperatures at this time of the year are quite cold.”

Last month, three friends died in Tasmania’s north-west while on a boating trip.

Man dead, another rescued after eight hours at sea