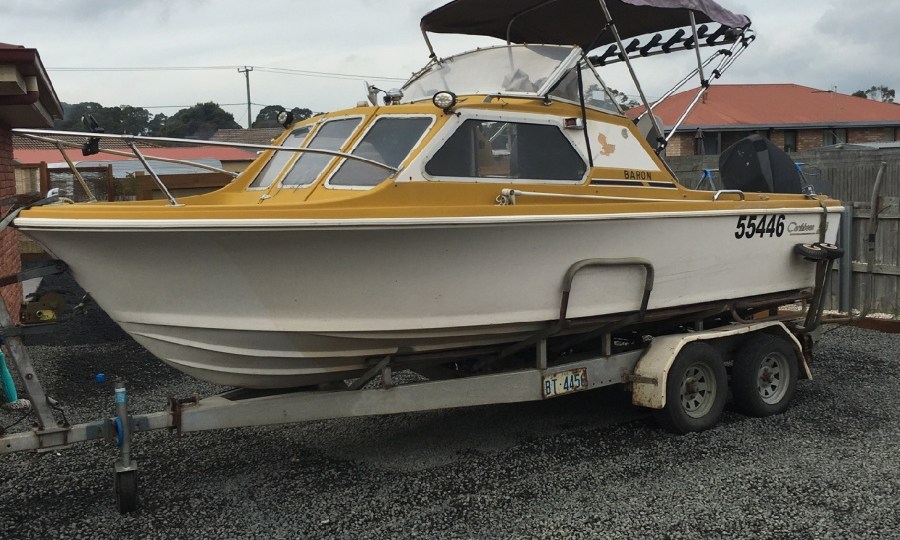 Sonar technology will be used off northwest Tasmania to find a boat that went missing a week ago. Photo: AAP

Multibeam sonar technology will be used off north-west Tasmania in the search for a missing boat carrying a man last seen a week ago.

Thomas Courto set off from the town of Wynyard on Monday about midday with friends Isaiah Dixon and Bree-Anna Thomas in a five-metre motorboat.

The bodies of Mr Dixon and Ms Thomas were found washed ashore at nearby Table Cape on Wednesday afternoon.

Aerial and sea searches have yet to find any trace of the yellow and white Caribbean half-cabin vessel or Mr Courto.

A hydrographic surveyor will conduct a search with multibeam sonar on Monday in “an area” identified by Tasmania Police.

Police have previously said an underwater area of about 320 hectares would be targeted.

Authorities have asked community members not to join at-sea search efforts due to the rough conditions and a desire to ensure a coordinated approach.

The trio, all from the north-west, sat on a beach and went for a swim under a waterfall on their last day together, Isaiah’s uncle, John-Paul Dixon, said last week.

They were reported missing on Monday afternoon when they failed to return.

Mr Dixon thanked the community for their support after flowers and messages were left in a Wynyard park and many locals hit the water on Tuesday to assist in the search.

He said Isaiah, who grew up with Mr Courto, would be remembered as having a beautiful heart.

Sonar to be used in search for Tas boatie