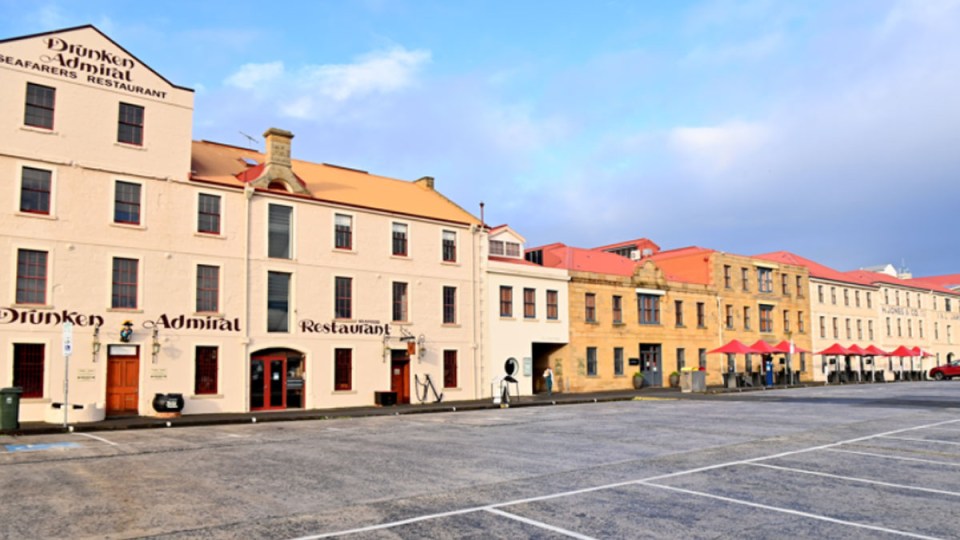 Historic Salamanca Place in Hobart became a desert when Tasmania locked now. Now the state is learning to live with COVID. Photo: Getty

The snap lockdown of southern Tasmania will end at 6pm Monday as planned, with no further COVID cases discovered.

“We’re on top of this,” Premier Peter Gutwein said, confirming the lockdown decision on Monday morning.

He said Tasmania was “snapping back to where we were”, but some restrictions would remain. They include mandatory masks for anyone 12 years and over whenever they leave home, until at least Friday.

“Whilst this is going to be an inconvenience, there are others that have been wearing masks now in this country for the better part of 12 months,” Mr Gutwein said.

Restrictions on visitors to hospital and aged care will also last until at least 6pm Friday.

“It will be reviewed on Friday morning and we’ll provide further update then,” he said.

“I think and, importantly, Public Health are of the view that we need to take that extra precaution for the next period throughout the course of this week.”

The island state’s south was plunged into a 72-hour stint of stay-at-home restrictions on Friday night after an infected NSW man absconded from the Hobart Travelodge and spent about 18 hours at large.

Testers and tracers have since worked around the clock to eliminate primary contacts of the 31-year-old after he refused to co-operate.

On Sunday, Mr Gutwein said a pool of 168 people had been identified, with 95 having returned negative results to virus tests.

“We couldn’t be in a better position as it stands today in terms of the information that we’re receiving both in terms of the number of tests that are occurring, but also very pleasingly that we’re not seeing any positive cases at this time,” he said at the time.

Saturday was a day of record virus testing in Tasmania, with 1769 results processed. There were another 1463 on Sunday.

No new exposure sites have been identified.

The infected New South Welshman, who flew into Hobart via Melbourne, has been fined $3000.

Mr Gutwein said earlier on the weekend he wanted police to “throw the book” at him and that the penalty did not fit the crime.

“This is a breach that has brought southern Tasmania to a standstill,” he fumed.

Police said the circumstances of the case would be examined once the public health response had concluded.

Mr Gutwein said 68.5 per cent of eligible Tasmanians were fully vaccinated, with the state expected to hit 70 per cent on Wednesday. Just under 89 per cent of over-16s have had one dose.

NSW’s local COVID cases have fallen to their lowest level in more than two months as fully vaccinated residents enjoyed the return of more freedoms.

There were 265 community virus cases across the state on Monday – the lowest 24-hour tally since 262 reported on August 8.

There were also another five deaths, including a woman in her 30s. The others were a man in his 50s and women in their 60s and 70s.

The state’s toll from the outbreak that began in mid-June has risen to 475.

The update came as thousands of children in NSW headed back to school for the first time in months as a swathe of further virus measures eased for fully vaccinated adults.

More than 80 per cent of people over 16 are now fully vaccinated in NSW, triggering a promised second stage easing of restrictions as the state emerges from nearly four months of lockdown.

A week after stay-at-home orders lifted and fully vaccinated people were allowed back at NSW pubs and beauty salons, people who have received two doses of a COVID-19 vaccine can now also play community sport and have a dance at the pub, and are allowed to do it with larger groups of people.

Students in years 12 and one, as well as kindergarten kids, are returning to classrooms, ahead of other grades who will return next week.

Victoria’s local COVID cases have bumped up to 1903 as the state prepares for an early exit from its long-running sixth lockdown.

There were also seven more fatalities on Monday, taking the toll from the state’s Delta outbreak to 152.

Monday’s cases come after 1838 on Sunday, as Premier Daniel Andrews announced plans to reopen on the state from later this week.

On Monday, he revealed plans to scrap hotel quarantine for fully vaccinated international arrivals to Victoria. However, the state won’t follow NSW in abolishing quarantine altogether for double-dosed travellers from November 1.

Instead, he foreshadowed they would be able to isolate at home for fewer than 14 days.

“It will be less,” he told Seven’s Sunrise on Monday.

“If you are double-dose vaccinated, you will be able to quarantine at home and hotel quarantine will be a thing of the past.”

Mr Andrews also confirmed whole-state lockdowns would not happen in Victoria again, the his government would instead opt for targeted restrictions in “very narrow circumstances”.

“If you are not double-dose vaccinated, you won’t be able to go to the pub.”

From 11.59pm on Thursday, all restrictions for leaving home will be abolished in Melbourne, along with the nightly curfew.

‘We’re on top of this’: Tasmania’s snap lockdown to end