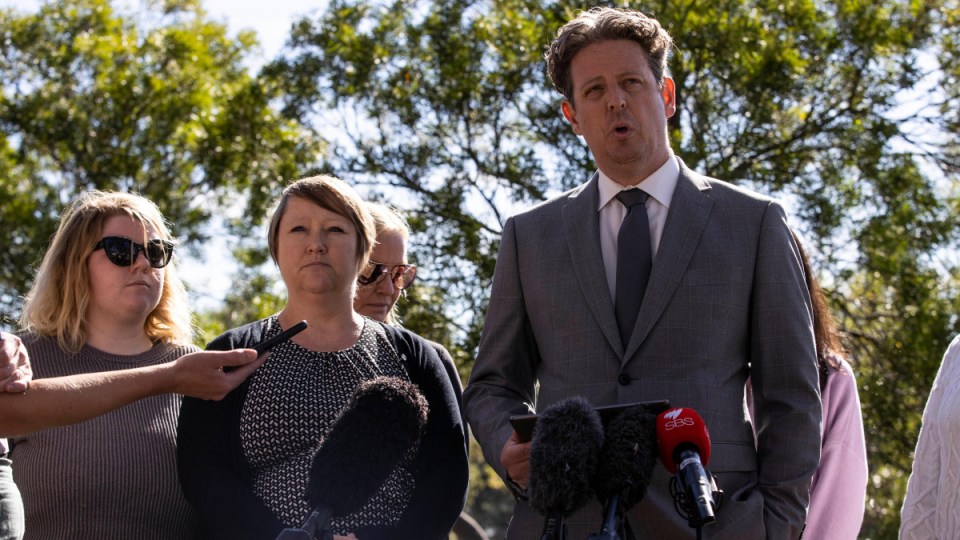 Tasmanian Labor president Ben McGregor has alleged a smear campaign against him from within the party. Photo: ABC News/Luke Bowden

Mr McGregor — the party’s state president who was standing in the seat of Clark — has taken aim at other people within his party, accusing them of “weaponising” the outrage at the treatment of women for what he described as “selfish, tawdry and political purposes”.

“A complaint has been made to the Labor Party by a person in relation to two text messages I sent seven years ago,” Mr McGregor said today.

“Though it does not allege sexual misconduct or sexual harassment, its purpose is appallingly clear.

“The complaint seems to pervert and weaponise the current justified public outrage at the treatment of women in this country for selfish, tawdry and political purposes.”

Mr McGregor said forces within the Labor Party were trying to wreak vengeance for the treatment of right faction candidate Dean Winter.

Mr McGregor, from the left faction, was strongly backed by the Health and Community Services Union.

Flanked by his pregnant wife and Health and Community Services Union representatives, Mr McGregor told media the complaint centred on a text conversation between “a group of then friends, including banter to and from the person involved”.

He said the person was a colleague with whom his family became close friends.

The friendship later disintegrated, he said, but she had supported his last tilt at politics when he ran for the House of Representatives.

“The whole conversation was full of dark humour and was within our conversations more broadly,” Mr McGregor, a social worker, said.

“At the time, the person noted to myself during the conversation that she felt uncomfortable with a word I used. At that time I apologised via text and noted I would not use that word again with her.

“I then apologised in person the next chance I got and then again at a later time.”

“On Monday 5th of April, a signed stat dec was received at Labor House,” he said.

He accused Mr Benson and Ms White of failing to follow proper Labor processes and buying into a smear campaign.

“She has seen an opportunity to rid herself of factional challenge. She has been more focused on ensuring a certain mayor gets pre-selected than worrying about her party or its members.”

That mayor is Kingborough’s Dean Winter — pre-selected to the seat of Franklin only yesterday after national intervention.

“I ask how many of you have sent a text message you may have regretted six or seven years ago,” Mr McGregor said.

“I’ve never denied what happened, nor that was inappropriate, and I’ve apologised.”