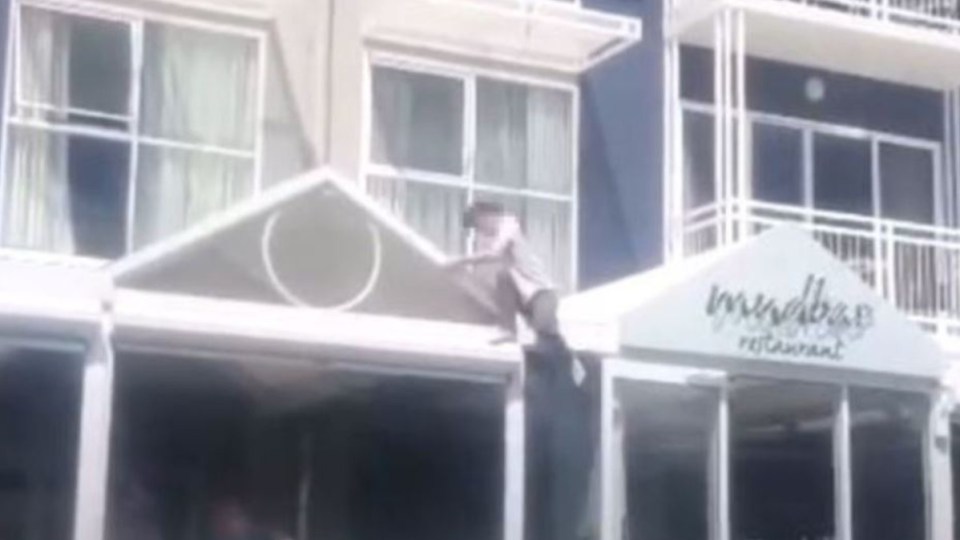 Footage has emerged on social media showing a person climbing down from a hotel awning.

A Victorian woman has been sent home from Tasmania after an alleged hotel quarantine breach in Launceston.

Footage circulated on social media showed a woman climbing down from an awning outside the Peppers Seaport Hotel.

She was carrying a bag which she dropped to the ground before climbing down.

Police later said a 38-year-old woman was charged with failing to obey a direction of an emergency management worker after the alleged incident on Sunday.

She was directed to return to Victoria and left Tasmania yesterday following an appearance at the Launceston Magistrates Court.

The woman is due back before the court next month.

Travellers from Victoria were restricted from entering Tasmania last Friday, after Tasmanian health authorities classified Victoria as a high-risk location due to a cluster of coronavirus cases.

Tasmania Police have issued a number of infringements for hotel quarantine breaches since the pandemic began.

Yesterday a Victorian woman was fined $774 for breaching hotel quarantine in Hobart.

Last Wednesday a Victorian man was fined $774 for failing to wear a mask at the Burnie Airport, while two travellers were fined a total of $2,300 for not wearing masks at Hobart Airport.

In mid-January Tasmania’s public health director declared masks would need to be worn in all Tasmanian airport terminals, including in car parks.