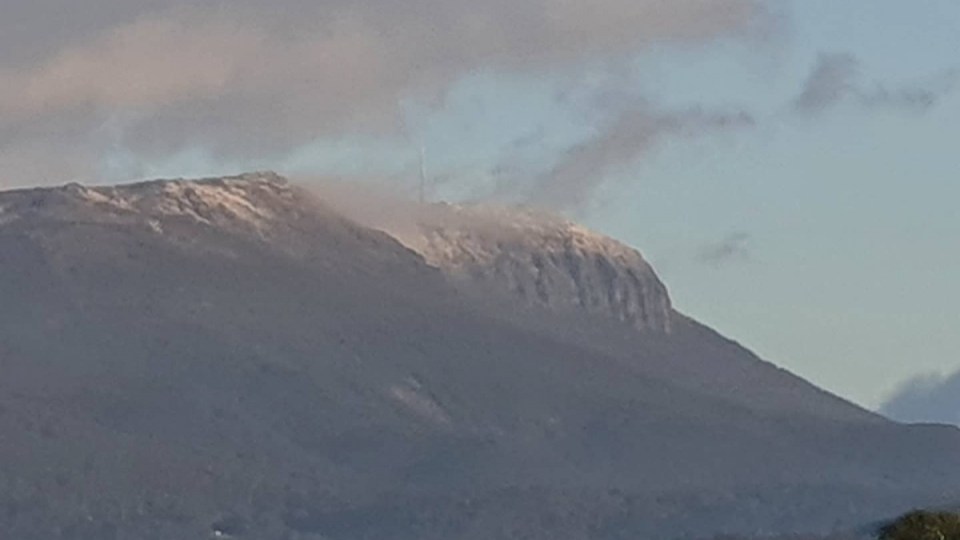 While some parts of Australia have baked under an unforgiving sun, regions in Tasmania woke to a sprinkling of summer snow.

A windy cold front on Tuesday night ushered falls to the summit of Hobart’s kunanyi/Mount Wellington and elevated areas of the central highlands.

“I woke up to everything covered in white,” he said.

Sydney and parts of NSW had a scorching weekend, with the mercury passing 40C in many areas.

“It’s the other side of the coin really. You get hot air in one spot and it pushes cold air into another spot,” the Bureau of Meteorology’s Anna Forrest said.

“The contrast between the hot air on the mainland and the cold air down here gave us the wind.”

The strongest winds were 161km/h gusts at Maatsuyker Island in the state’s south, while Hobart had 96km/h early on Wednesday morning.

A severe wind warning is in place for much of the island.

Several homes and cars were damaged by fallen tree branches.

Tasmania is no stranger to summer snow, with falls as recently as February coming several days after the island recorded temperatures of 40C.