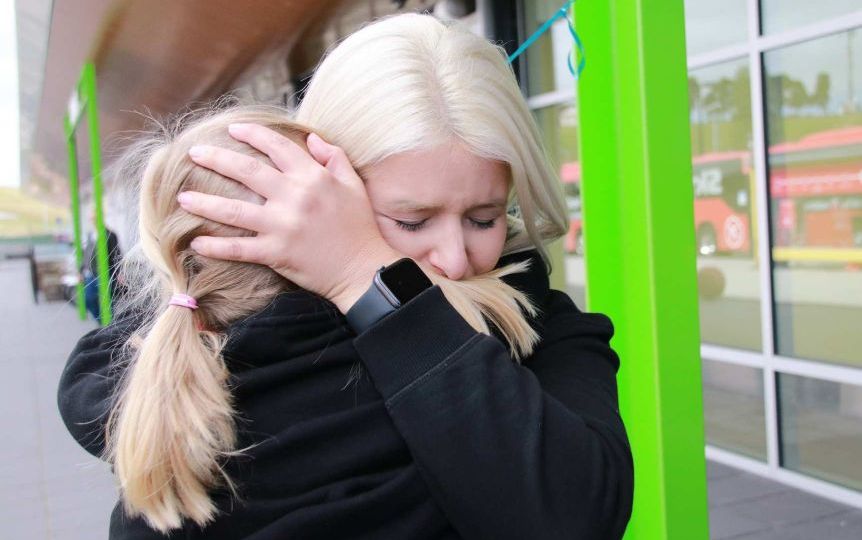 It’s been 12 months since Emily Myors has seen her family.

“My family is all here [in Tasmania]. I’ve been in Queensland by myself. It’s been a really tough year,” she said.

Ms Myors, like many Tasmanian expats, has been separated from her family by the COVID border closures.

But as of Monday, Tasmania threw the doors open to low-risk jurisdictions, allowing families across the country to reunite.

“As soon as I could get on the plane, I took the first flight I could out of there,” she said.

“I’ll be going back [to Queensland], but just to be able to see everyone and make sure everyone’s OK.

“I’ve had a really rough year, as everybody has in the world. It’s just really nice to come home and see everyone and hug everyone.

“They’re my family and I’ve really figured out what’s most important to me at the moment.”

Ms Myors said finally reuniting with her family has been “overwhelming”.

“It’s been a really emotional time, even just the lead up. I was crying on the plane, seeing Hobart. We flew in past Mount Wellington, which was just really nice,” she said.

Ms Myors is hoping to come back at Christmas time, having booked already, but she said she’s worried now she knows how quickly things can change.

“I’m concerned now we know it can be taken away from us so easily … what’s going to happen in the future. It’s just a little bit scary,” she said.

Her father, Gary Myors, said he was very happy to have his daughter home.

“It’s been a bit of a crazy year. I’ve had a few stints in hospital and she feels like she would’ve liked to have come home and make sure I was OK.”

“It’s going to be a mixture but I think predominantly what we’ll see is returning Tasmanians and of course people wanting to see their friends and relatives, so we’ll see those people who want to come back and see their family,” Mr Cocker said.

Listener Belinda said she was flying home to Tasmania on Monday after spending time in Brisbane for her daughter’s wedding.

She said she had been planning to come home on October 9, but when she heard border restrictions would be eased for people arriving from Queensland, she extended her stay.

Tourism Tasmania chief executive John Fitzgerald said airlines were reporting strong demand for flights between Brisbane and Hobart and Adelaide and Hobart for the weeks ahead.

“The airlines have said to us if they see the demand, they’ll continue to provide the capacity,” Mr Fitzgerald said.

He said based on current estimates, and on the assumption all borders are open by Christmas, Tasmania was on track to welcome 40 to 50 per cent of its usual number of tourists this summer.

The first flight into Launceston from a COVID-safe place will arrive on Tuesday.

Flights from Melbourne and Sydney to Tasmania are still operating, with passengers on board required to quarantine.

Premier Peter Gutwein is expected to make an announcement about travel to and from NSW later this week.

Tasmanians travelling to WA and New Zealand still need to quarantine on arrival.

Hugs, tears as flights return to Tasmania after COVID closure