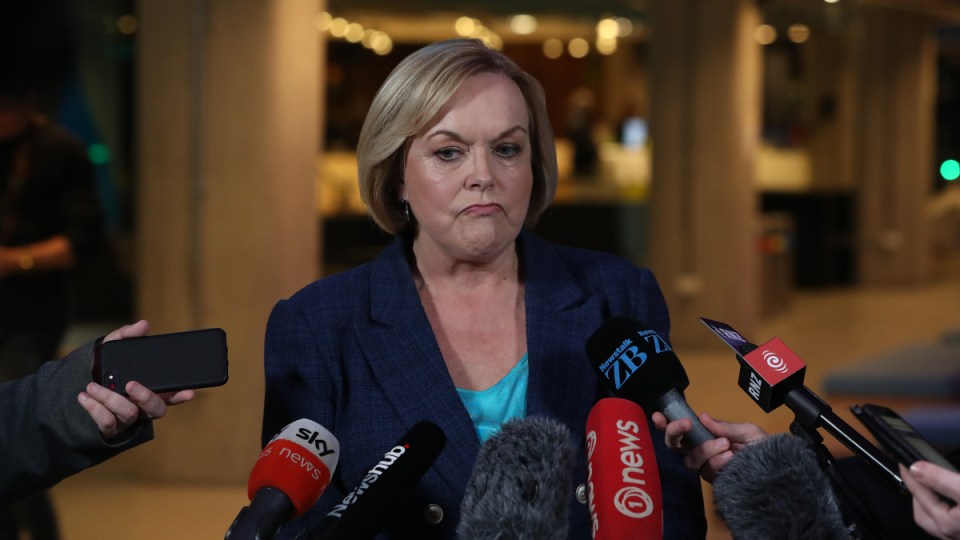 In another off-script rant, Ms Collins, who leads NZ’s main opposition centre-right National Party, sledged Australia’s smallest state on Thursday, saying she wouldn’t want New Zealand to be like it.

“We don’t want to be the poor cousin of the rest of Australia,” she said in Auckland.

Ms Collins was asked how she would describe her campaign before launching into the comparison without prompting.

“Every day has been another day to get out and share a vision for New Zealand that’s not another Tasmanian one; it’s been about us being a wonderfully exciting place to be.”

Polls have Ms Collins tracking to lose Saturday’s election by the biggest margin in 18 years.

The 61-year-old said she had visited the Apple Isle, likening it to the NZ region where she and Ms Ardern grew up.

“I thought it was lovely; it reminded me of the Waikato before we had wonderful things like the excellent road of national significance, the expressway,” she said.

“[Tasmania] was much nicer than before the Green party took over there; it’s been a bit of a challenge since.

“I think it’s a lovely part of the world but do you necessarily want to go there with your high tech business? Possibly not.”

Ms Collins’ views on the Greens “taking over” are incorrect. The party has served just once as part of the Tasmanian government – from 2010-2014, when two ministers held portfolios.

Ms Collins also put her foot in it earlier in the week, with unfortunate off-the-cuff comments on obesity.

On Wednesday, she stunned Kiwis by calling obesity a personal choice and joking it wasn’t an epidemic.

With 31 per cent of Kiwis seen as obese, the OECD lists New Zealand as the third fattest country in the world.

But, if the polls are right, Labour is poised to take a historic victory in Saturday’s election.

On Thursday night, one leading poll had Ms Ardern’s party with 46 per cent of the vote (down one), and Ms Collins’ Nationals on 31 per cent (down one).

If that was replicated in parliament, Labour would send 59 MPs to the 120-seat house – two shy of a governing majority.

No single party has been able to achieve a majority in NZ’s parliament since electoral reform in 1996.

“It’s too late for anything to blindside Jacinda’s express train now,” she said on Friday.

Ms Clark believes a majority might even be within Ms Ardern’s grasp.

“Jacinda has run an extremely successful campaign. It’s been an amazing campaign.”

Ms Ardern has said she will not stay on in politics if she loses on Saturday. Ms Collins, who is not resigned to a loss, has pledged to stay on as opposition leader if her party loses.