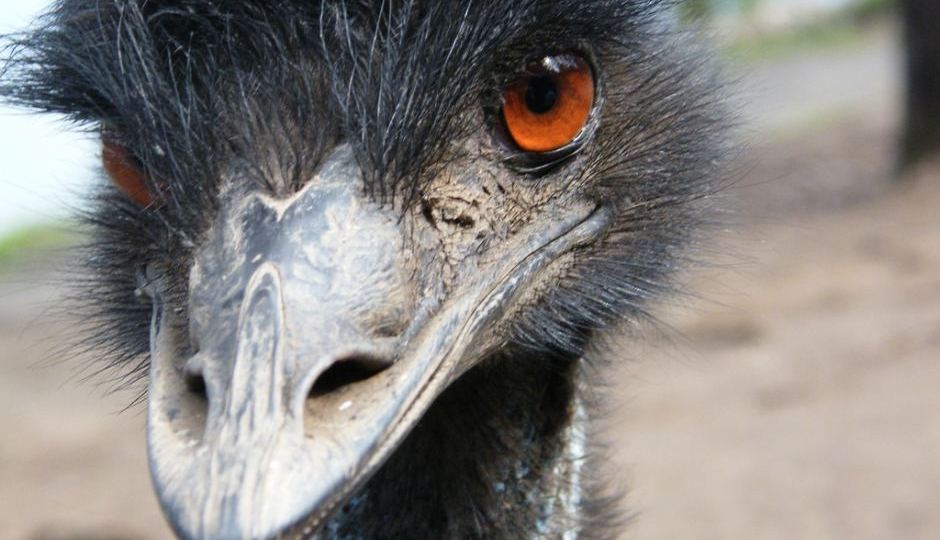 Researchers say Tasmania's ecosystem has been missing out since it lost the emu. Photo: Flickr/The b@t

Tasmania’s ecosystem could be missing out by no longer being home to wild emus, and researchers say the answers are hidden in the large birds’ poo.

Emus became extinct in Tasmania during the mid-1800s, and very little is known about how they lived.

“Emus will eat practically anything, and they walk a whole bunch of kilometres,” Mr Fielding said.

“They will then poop out those seeds, and those poos can have up to thousands of seeds in them.

“They were moving these plants around in the environment.”

The research will map the current distribution of plants and model what has changed since the emu became extinct.

Mr Fielding and fellow researcher Tristan Derham travelled to Wilsons Promontory in south-east Victoria to find answers about the emu.

Wilsons Promontory is similar to the north-east of Tasmania, except that it has a large emu population.

The pair collected emu scats to examine what was inside and tracked what the birds were eating, and it turned out they were not fussy eaters.

“There’s basically everything in there,” Mr Fielding said.

“We can use that to infer what the Tasmanian emu was eating.

“We want to look at what plants are being eaten [in south-east Victoria] and then look at the distribution of those plants in Tasmania now.”

Mr Derham said there were all the expected native seeds plus bracken, and surprisingly, whole sheoak cones.

“They’ll just pick up anything in that great big wide mouth of theirs and swallow it whole,” he said.

Mr Derham said not a lot was known about why the emu became extinct in Tasmania, but the bird was gone about 50 years after European settlement.

The species survived in the wild until about 1865, and the last captive bird died in 1873.

“I was really surprised the first time I heard there were emus in Tasmania,” he said.

“I decided to look into it and think about why there are not emus in Tasmania.

“It seems to me there are lots of great emu habitats, but they are gone.”

He said the emu became extinct before the thylacine, or Tasmanian tiger.

He said the bird was hunted intensely at a time when Europeans cleared land and took Indigenous people off their lands.

Part of his study is modelling where the emus lived, and where they could be reintroduced.

His early data shows the bird could happily live throughout the east of Tasmania where it is dryer and flatter, as well as the Midlands.

“It would be the easiest thing in the world to buy a few hundred emus from an emu farmer on the mainland and put them in an enclosure and slowly release them to the environment,” he said.

“We’d have to think pretty carefully about where we’d release them.”