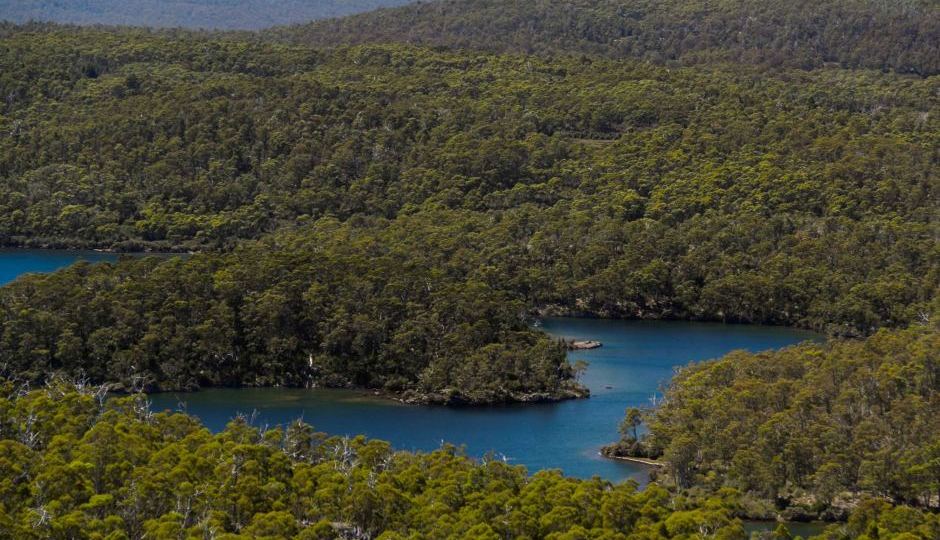 The plan for a camp at Halls Island had been approved by state and federal governments. Photo: Lyndsey Evans

A controversial helicopter-accessed standing camp proposed for the Tasmanian Wilderness World Heritage Area (TWWHA) will go ahead after the state’s planning tribunal overturned a regional council’s attempt to have it blocked.

The Resource Management and Planning Appeal Tribunal (RMPAT) ruled in favour of developer Daniel Hackett’s appeal of the Central Highlands Council’s rejection of the eco-tourism proposal.

Mr Hackett and wife Simone – operating as Wild Drake – had applied to build the standing camp on Halls Island, which sits on Lake Malbena in the Walls of Jerusalem National Park.

The proposal would have four demountable huts sit on Halls Island to be accessed by up to 240 helicopter flights per year.

It received state and federal approvals before being knocked back by the council at a packed public meeting in February.

The council had rejected the development against the advice of its own staff.

Councillors said the proposal did not comply with components of the area’s planning scheme, including provisions related to bushfires.

The developers appealed against the council’s decision through RMPAT, and were later joined by National Parks and Wildlife director John Whittington.

Attorney-General Elise Archer also joined, arguing councils did not have the jurisdiction to assess proposals on reserve land covered by a management plan, such as the TWWHA.

The tribunal rejected that argument, but ultimately found the proposal did meet the requirements of the planning scheme, overturning the council’s rejection.

Mr Hackett said he was proud of designing “a small-scale, sensitive proposal that has passed the highest levels of scientific scrutiny ever applied to an Australia tourism project”.

“These scientific, objective assessments have illustrated a higher level of environmental protection than is required of recreational users, and shows that the project can be delivered without any significant impacts on other users or the environment,” he said.

He said he looked forward to, “quickly moving on with the project and delivering a high-value project that protects and celebrates an amazing Tasmanian story: the birthplace of the Walls of Jerusalem National Park”.

The Wilderness Society Tasmania and Tasmanian National Parks Association said they were, “disappointed that the tribunal has found that it isn’t required to assess the proposal against the management plan, and has not assessed the negative impact it will have on wilderness”.

“[But] we are pleased to have won on the jurisdictional point made by the Attorney-General, which makes clear that the Land Use Planning and Approvals Act does apply to reserved land.”

The council now has 14 days to file any approval conditions on the planning permit with the tribunal.