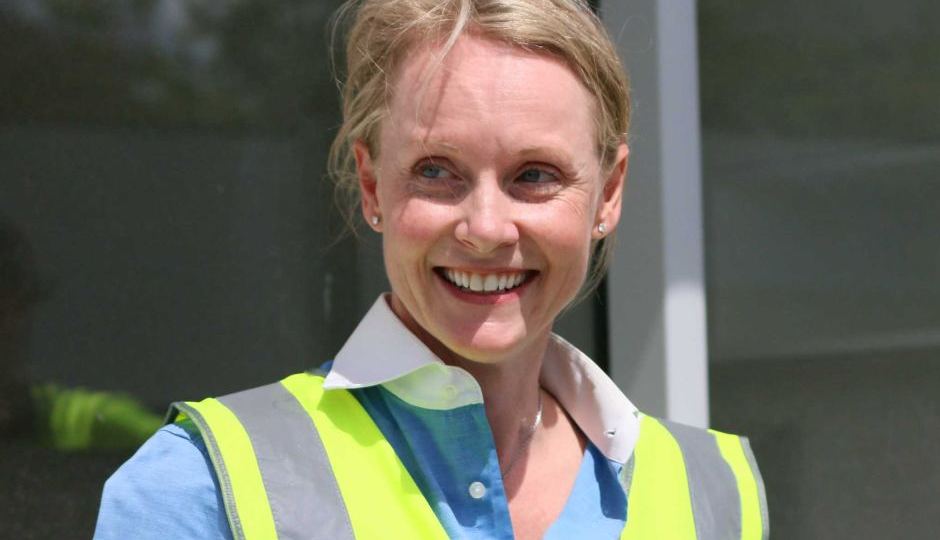 Sarah Courtney remains on the front bench as Minister for Resources and Minister for Building and Construction. Photo: ABC

Ms Courtney stepped down from her role as primary industries minister after it was revealed she was in a relationship with the head of the Department of Primary Industries, Parks, Water and the Environment (DPIPWE), Dr John Whittington.

A review by Department Head of Premier and Cabinet Jenny Gale and Damian Bugg QC found Ms Courtney had breached the ministerial code of conduct after she waited a month to tell the Premier about her relationship, but had made no inappropriate decisions.

On Wednesday, Premier Will Hodgman announced a cabinet reshuffle with Ms Courtney on the front bench as Minister for Resources, and Minister for Building and Construction.

Mr Hodgman said the change would remove potential conflicts of interest, but Ms Courtney said her new role would still have some contact with Dr Whittington.

Labor spokesperson Jo Siejka said the reshuffle was positive, but the review was rushed.

“We think this is something that should have had quite a deep dive into it,” she said.

“We need to be really sure and the public needs to be confident … that there hasn’t been any conflict of interest that might have affected decisions that have occurred.”

She said processes like the review usually took more time.

“We just think that it needs to be much more thorough,” she said.

“Everybody in the public service is very aware of the code of conduct.”

“This matter has been dealt with thoroughly by one of Tasmania’s best legal minds,” he said.

“Labor are playing politics …There’s no cause for concern, as there will be no direct advice coming from Dr Whittington to minister Courtney.”

Mr Bugg issued a statement on Sunday and said no restrictions were placed on him while conducting the inquiry.

“The premier authorised me to undertake the necessary inquiries to inform my advice and when I completed my inquiries to the extent which I regarded as necessary I reported to the Premier with my conclusions, which have been published,” he said.

“If I had required further time or information I would have requested it. That was unnecessary,” he said.