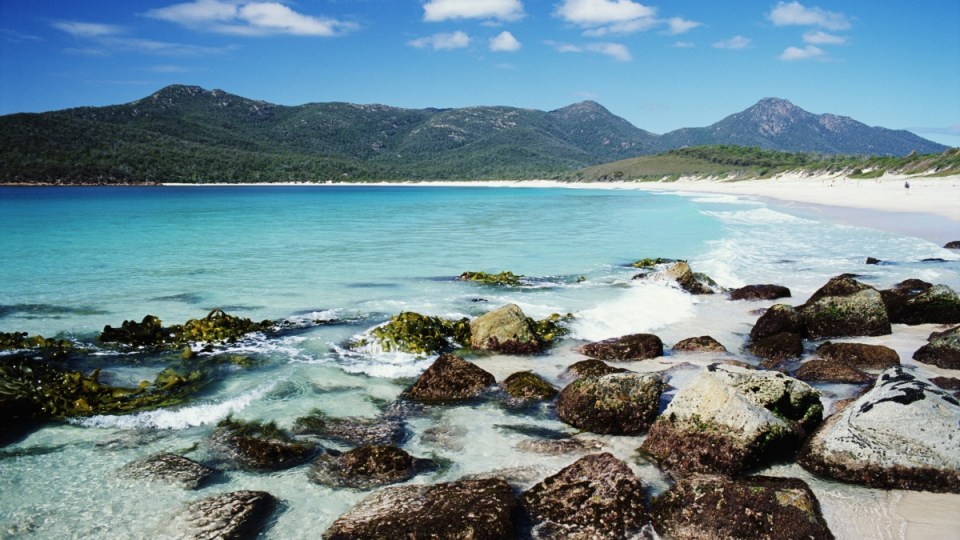 It's been great weather to be out on the water. Photo: Getty

Visitors to Tasmania who comment about the island state’s beauty and liveability will often get a response from locals along the lines of “Yes, we know … don’t tell anyone!”

Sorry Taswegians, but it seems the secret is out, with a new report showing Tasmania is now top-ranked on relative population growth.

Long the butt of jokes across the nation, the state is now holding its own as the fourth-best performing economy in Australia.

The state is in the midst of a housing boom, tourism is going gangbusters and even the weather is heating up (well, at least in the past few days).

Here are some of the reasons Tasmania is kicking goals (and also some areas for improvement).

CommSec’s latest State of the States report showed Tasmania had jumped on top of the relative population rankings with its 0.64 per cent annual population growth rate.

A decade ago the rate of growth was 0.55 per cent.

The fastest population growth in six years helped boost Tasmania’s overall ranking from the fifth to the fourth-best performing economy, ahead of South Australia and Queensland.

So while Tassie might have the fastest-growing population for six years, there is a long way to go to meet that target.

Can’t afford a house, Sydneysiders? Come on down!

A recent CoreLogic report showed Hobart was by far the strongest housing market in the country for the month, quarter and year – rising by 1.5, 3.1 and 12.3 per cent respectively.

The main reason for capital appreciation in the city’s housing market was its affordability, compared to other capital cities.

But the boom has been bittersweet, with disadvantaged house hunters being squeezed out.

Despite this, the state government is determined to entice more mainlanders to Tasmania, even launching a campaign designed to woo Sydneysiders.

And the rental market is ultra-competitive, with Airbnb and surging tourism pointed to as factors in the latest Deloitte Access Economics report.

The report showed the residential vacancy rate was less than 1 per cent and the lowest in the country.

According to the Deloitte report, Tasmania’s job market has improved, which helped to reduce the unemployment rate.

“Subject to the important caveat that the numbers for smaller states should be taken with a grain of salt, job gains over the past year are very strong, at over 3 per cent,” the report stated.

The report also showed Tasmania’s engineering construction sector improved over the last year, with the value of work done now back above the levels seen during the last peak in 2013-14.

Business investment picked up and small business confidence was higher than the national average.

The number of interstate and international visitors to Tasmania is booming, helping to boost the state’s tourism sector.

According to Deloitte, international visitors increased by 16 per cent in 2016-17, with their spending up by 24 per cent.

In 2016-2017, Tasmania attracted nearly 1.27 million visitors, that spent a total of $2.26 billion throughout the state during their stay.

So book that trip, pack that tent and get yourself out and amongst what Tasmania has to offer.

But please be careful of the flora and fauna when posting those Instagram photos.

How about this hot weather!

Ok, we can’t promise this will be the case for this year’s annual Dark Mofo nude swim.

But on Sunday, at least, the mercury soared to 36 degrees Celsius in Hobart. That was hotter than Darwin.

While Tasmania’s major political parties cannot take credit for the weather, the Liberals have been quick to claim responsibility for the positive economic growth, while Labor put it down to “significantly improved conditions”.

Treasurer Peter Gutwein said the Deloitte report confirmed Tasmania had surged ahead under the Liberals.

“Under our long-term plan, Tasmania has come a long way after a disastrous period of Labor-Green minority government slammed the state into a deep recession,” he said.

“The report shows up the Treasurer’s boasting as nothing but spin by highlighting that the combination of lower interest rates and a lower Australian dollar came to the rescue,” he said.

Tasmania top of the pops for population growth, report finds