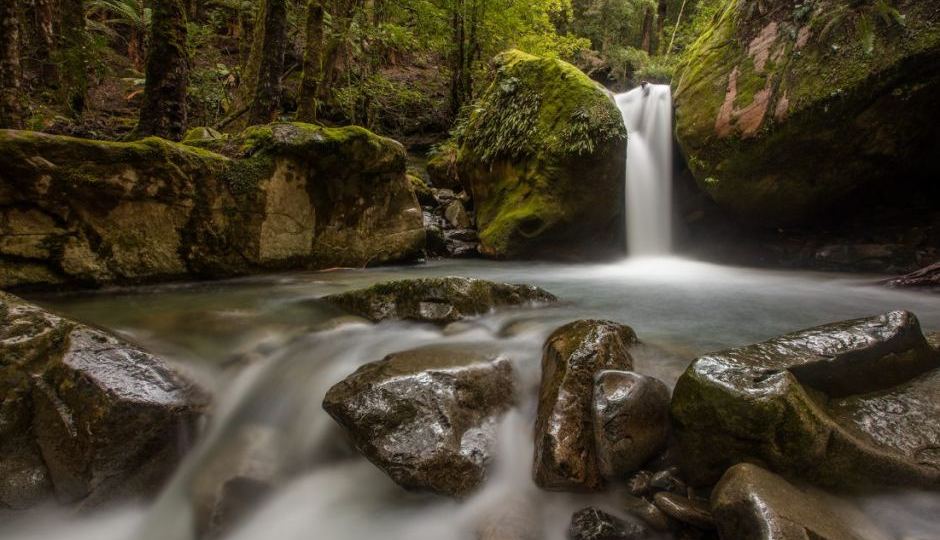 Mr Futrill said waterfalls and alpine areas were being trampled underfoot by Instagrammers seeking to claim their own version of shots they’ve admired online.

And, as he is the first to admit, Mr Futrill has been part of the problem — some of the degradation he has witnessed has been a direct result of his own photos being widely shared.

In a blog post, he called for photographers, tourism accounts and travel websites to reflect on their own impact and take more responsibility for the conservation of the photos they post and share.

Mr Futrill described a chain of events starting with ego-massaging reactions to a nice photo, followed by requests for the location, followed by a travel account sharing the photo with a multiplier effect, followed by a swelling number of people sharing it or adding it to their Tasmanian itinerary or weekend wish list.

Before long, a stream of snappers and bushwalkers will be beating a path to that (often fragile) location.

“Are we slowly but surely causing some of the most beautiful, previously out-of-reach, unknown and hard-to-find locations to die a slow [or in some cases, a very, very quick] death?”

The awareness of his own direct role in the degradation of places like Chasm Falls in the Meander State Forest forced Futrill to reflect on the consequences of his photo sharing.

“I was the first to publish it [Chasm Falls] to a large social media profile and literally a week later a huge amount of traffic started to go into the area,” he told the ABC.

“I’ve been in recently and all of the moss has gone.

“The whole area had just become degraded now as a result of sharing that location.”

‘It will never recover’

At not-so Secret Falls in Wellington National Park near Hobart, Mr Futrill said the toll of an Instagram-fuelled spike in visitation was alarming.

He said there were paths appearing that weren’t there just a few years ago.

“There’s just literally tracks that are just now mudslides. All of the ferns, the foliage, the moss — everything that used to be in there — has just been torn out because people just don’t respect the area, and the foot traffic that we’ve caused,” he said.

“Unfortunately, what we’ve done to it now from sharing that location is it will never recover.

“Everyone’s chasing their own unique compositions which leads to the whole area being destroyed.”

Once, before Instagram, before the internet even, the stunning landscape photos of Peter Dombrovskis sold the Tasmanian wilderness as a public asset to be protected.

In particular, his photos helped make Australia care about the fate of the Franklin River as the prospect of damming it loomed in the early 1980s.

Added to that was a false sense of accessibility to isolated and precarious locations.

Mr Futrill said he no longer posted photos of Lake Oberon in the Southwest National Park, which involves a multi-day round trip hike to reach, but “I still get asked about this location more than anything else”.

“Everyone wants to go to Lake Oberon and there’s a belief that it’s a day trip.”

Whether or not other Instagram photographers or tourism groups adopt a similar practice to Mr Futrill remains to be seen.

But as the hunt to capture Tasmania’s scenic treasures is not about to stop, one group has taken action to try and limit the damage.

The guide’s final section is devoted to “social media culture”.

Point three in their tips on the subject reads:

“If you are going to share images of nature online, consider using them as a platform to raise awareness about nature conservation and threats to the subject of your photos.”