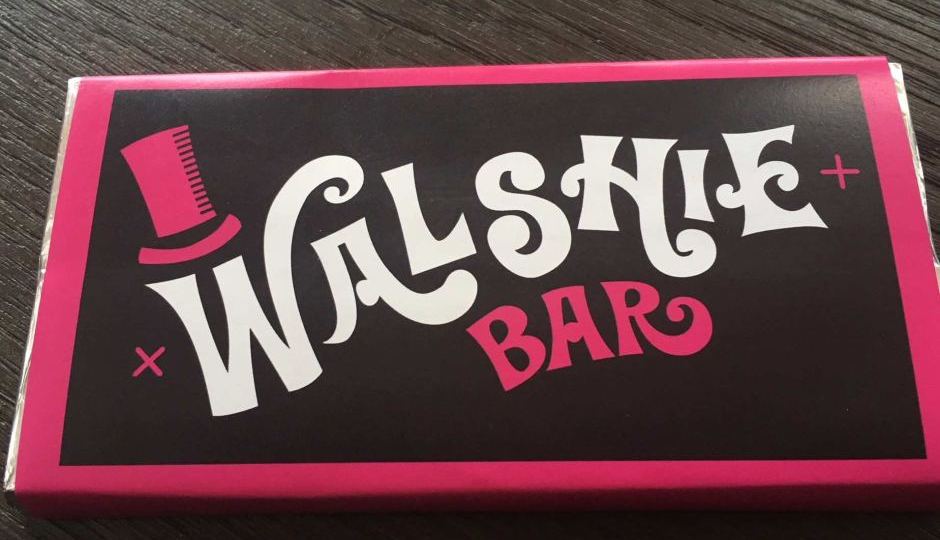 More than 1000 homes in the Berriedale area have had blocks of chocolate dropped in their letterboxes. Photo: Supplied/ABC

He’s famously referred to himself as God, but David Walsh is definitely playing the role of Willy Wonka in his latest venture at MONA (Museum of Old and New Art) in Hobart.

The eccentric millionaire art collector and museum owner has organised for 1200 homes in the Berriedale area, surrounding MONA, to have blocks of chocolate dropped in the letter boxes.

The “Walshie Bars” are a play on the “Wonka Bar” in the Roald Dahl’s children’s novel Charlie and the Chocolate Factory.

And like the story, a small number of these bars contain “a golden ticket”.

Forty of the 1200 bars contain a “golden ticket” – admission for two to the gala opening of MONA’s new $30 million gallery wing, called Pharos, on Tuesday, December 19.

The gallery has room for only 80 people at a time, so the opening is being staggered over five nights.

One hundred and forty tickets were offered to the public to two of the nights at a cost of $500 a head.

So the chocolate bar lottery really is a golden ticket.

On the back of the chocolate bar, Mr Walsh explained that it was meant as a thank you to his neighbours for putting up with the building work at the MONA site.

“You may have noticed I’ve been building an extension at my place,” the bar reads.

“This is Pharos, Mona’s new wing. I’m pleased to say it will be open on Saturday 23 December. I hope to see you there, sometime.

The new gallery is named after the Pharos of Alexandria, the lighthouse built for Ptolemy I Soter in about 280BC.

It extends over the Derwent River and houses four works by James Turrell and one each by Richard Wilson, Jean Tinguely, Randy Polumbo and Charles Ross.

The Wilson work is believed to be his world-famous 20:50. The piece has been on display in London’s Saatchi Gallery since 1991 – the only permanent installation art gallery.

It has also been shown at MOCA in Los Angeles in 1994, and the Australian National Gallery in Canberra in 1996.

“The gallery is filled to waist height with recycled engine oil, from which the piece takes its name,” the website reads.

“A walkway leads from a single entrance, leading the viewer into the space until they are surrounded by oil on all sides. The impenetrable, reflective surface of the oil mirrors the architecture of the room exactly, placing the viewer at the mid-point of a symmetrical visual plane.”

MONA said medical waivers needed to be signed to see some of the art.

The new extension also contains a new bar and restaurant.