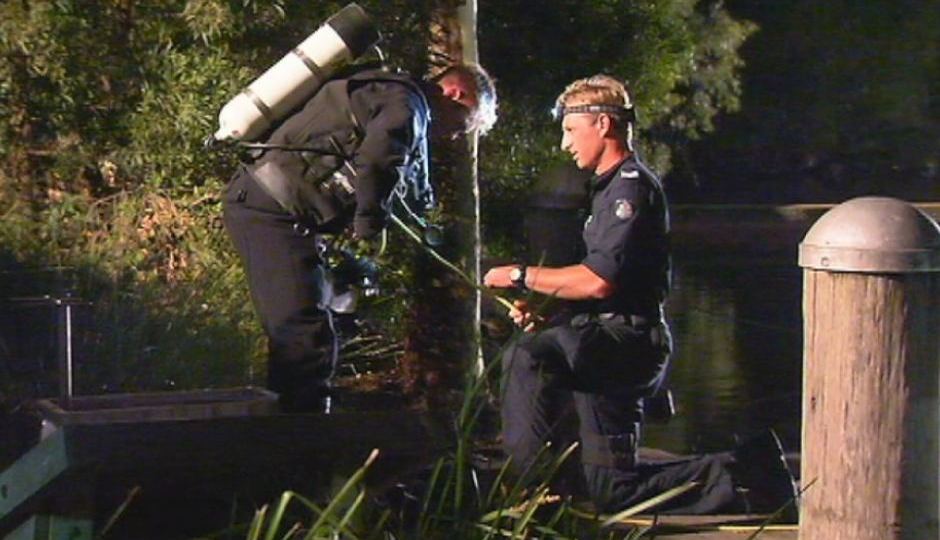 A police diver searches for the bodies of two men in a lake at Mill Park. Photo: ABC

Two men have drowned in a lake at Mill Park in Melbourne’s north, with Victorian police saying alcohol was a contributing factor.

Police said a 19-year-old man from Mernda and another man aged in his 30s were drinking alcohol with friends at Redleap Reserve about 6:30pm when they decided to try to swim across the lake.

Senior Sergeant Mark Smith said a large search-and-rescue operation involving the SES and Victoria Police was launched after a 21-year-old man tried to swim out and save the pair.

“He attempted to swim out and rescue his friends, and he started to feel the affects of water and alcohol himself,” he said.

“He returned to shore and alerted passers by to contact police.”

Sergeant Smith said the lake dropped to a depth of about two metres just offshore.

“Unfortunately one of those mixtures of alcohol and the activity certainly don’t go together, and that’s probably been the major contributor at this stage,” he said.