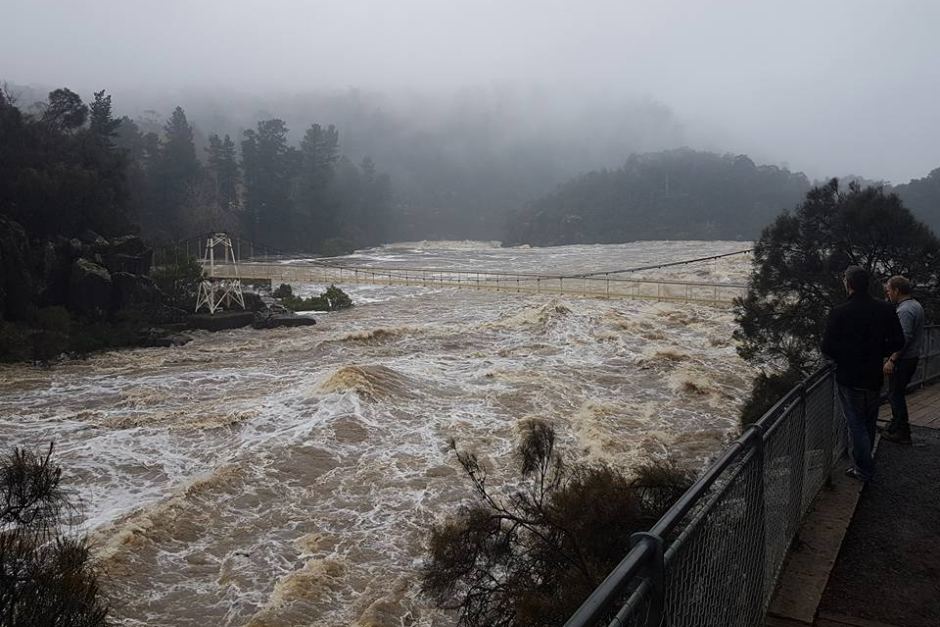 An uncle of world champion Tasmanian axeman David Foster is feared dead after being taken by floodwaters, and there are grave concerns for another missing man.

Search and rescue crews have been unable to find Trevor Foster, 81, since he was swept away from his Ouse property on Monday morning.

After crews and a helicopter spent a third day looking for Mr Foster on Wednesday, police said it was unlikely the 81-year-old would be found alive.

Authorities were on Thursday to focus on recovery efforts with the help of police divers.

The floods have already claimed the life of a 75-year-old woman after her Latrobe home was inundated on Monday.

A search for another man whose vehicle was swept away by floodwater on Tuesday morning in Evandale was to resume at first light on Thursday.

His partner was plucked to safety by a helicopter.

A helicopter and crews on Wednesday found the van he had been driving but there was no sign of him.

Police were unable to recover the van because of floodwaters.

On Wednesday night residents from the evacuated Launceston suburb of Invermay began returning home after the SES advised the flood threat had passed.

While waters levels in the North Esk River are steady, locals are being urged to remain vigilant.

“It is anticipated that floodwaters will take up to a week to recede,” the SES says.

Residents are being urged not to enter floodwater or try to travel through water, whether still or moving, as many unknown risks lurked beneath the surface.

The Bureau of Meteorology has forecast more rain across Tasmania on Thursday, with possible thunderstorms in the north.

Roads, bridges and about 200 homes have been damaged by the Tasmanian floods.

The SES has received almost 400 calls for assistance since Sunday.