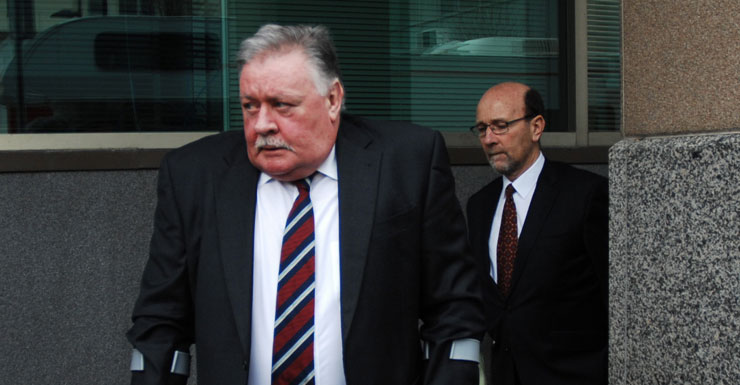 Tasmania’s director of public prosecutions Tim Ellis has escaped jail time but received a suspended sentence for his part in a fatal car crash.

He is disqualified from driving for two years and must pay court costs.

Mr Ellis, who suffers from sleep apnoea, unsuccessfully appealed the verdict in the Supreme Court, arguing he was asleep at the time of the crash.

Justice David Harper in early December found Ellis was awake when his Mercedes Benz drove on the wrong side of the road and collided with Ms Pearn’s vehicle.

Mr Ellis remains suspended on full pay from his position as one of Tasmania’s most senior public servants.

“There is a real risk that the defendant will lose his present employment and be unable to work as a barrister,” the magistrate said.