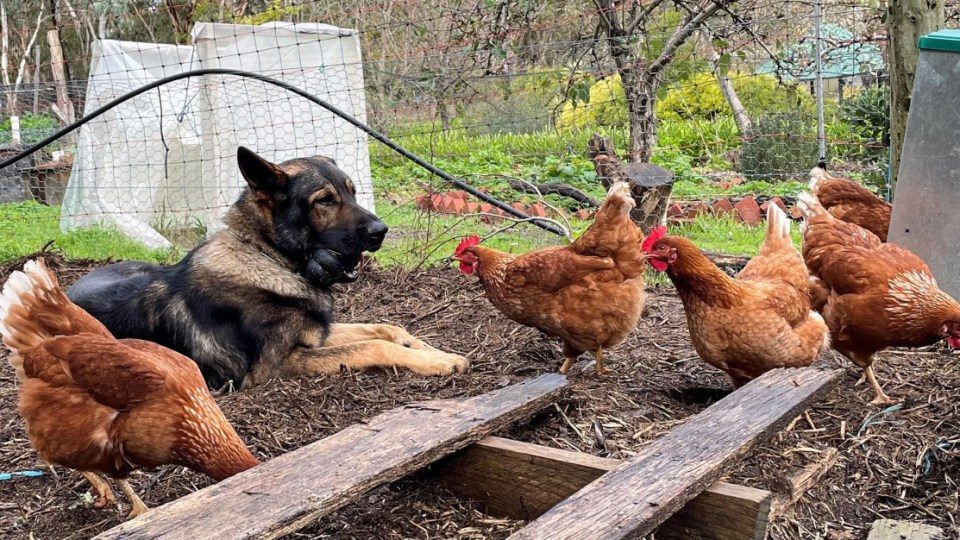 Service dog Rusty was spared injuries in a violent confrontation due to his stab-resistant harness. Photo: AAP

A police officer has been stabbed in the hand while his police dog narrowly escaped injury after a violent confrontation in Adelaide.

When a patrol confronted one of the men, he allegedly stabbed the officer in the hand with a screwdriver and made several attempts to stab the handler’s dog.

After further patrols arrived, the man was disarmed and arrested.

The 27-year-old was taken to Royal Adelaide Hospital for treatment of dog bite wounds and is expected to be charged with attempting to cause death or serious harm to a working animal and with assaulting and resisting police.

The police officer was treated at the scene by paramedics but sustained only superficial injuries.

Checks on police dog Rusty revealed his stab-resistant harness prevented him from sustaining any injuries.

Police said both the officer and Rusty would be back on patrol on Thursday night.