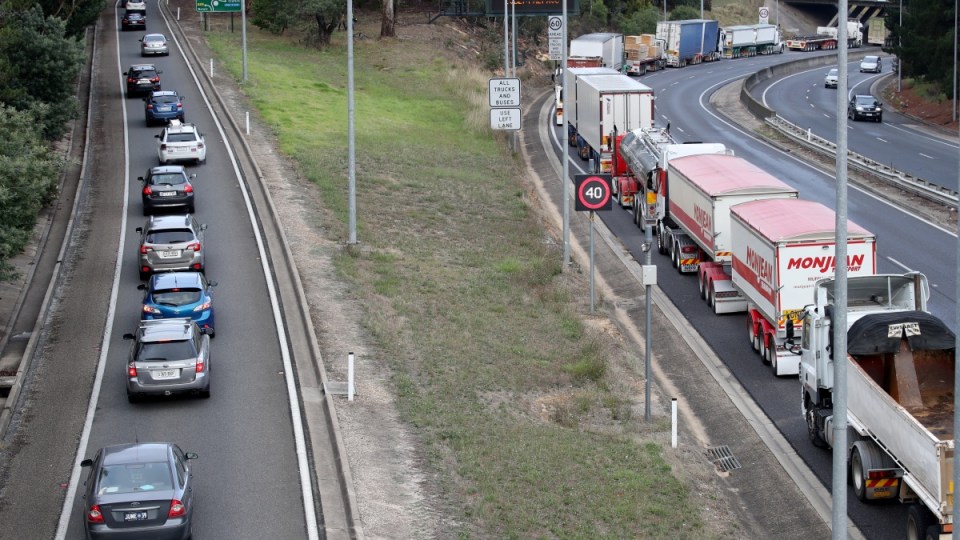 The base of Adelaide's South Eastern Freeway has been the scene of a number of serious crashes. Photo: AAP

The South Australian government is willing to explore extra safety measures at the base of Adelaide’s South Eastern Freeway after a weekend crash that injured nine people.

The crash has revived questions over whether an extra arrester bed is needed after a truck towing a trailer was unable to stop, and ploughed into a bus and six cars as it careered through an intersection.

Most of those hurt suffered minor injuries but were taken to hospital for treatment.

The crash closed the intersection for most of Sunday night, causing significant delays for traffic heading into the city from the Adelaide Hills.

Premier Peter Malinauskas said while it was “somewhat of a miracle” that no one died in the crash, it was first important to determine the cause, be that driver error or a mechanical failure.

The premier said the issue of an extra arrester bed, to give trucks a final escape route, wasn’t without complexity given the physical constraints of the area.

“These are all things we’re willing to examine,” he said.

“We’re certainly open-minded to explore that issue to make sure the right decisions have been made in the past.

“Obviously the scale of the accident is something that is truly extraordinary.

“But we’ve got to make sure this isn’t just a great escape.

“We’ve got to make sure that all the appropriate settings are in place to prevent these types of accidents.”

The base of the freeway, where hills commuters, trucks and people driving to Adelaide from the eastern states converge has been the scene of a number of serious crashes and near misses in recent years.

In one of the worst incidents, two people were killed in 2014 when a sewage truck suffered a major brake failure and crashed into two stationary cars.

In Sunday’s incident, a Mitsubishi truck collided with a stationary SUV and a bus before continuing across the intersection and colliding with five other vehicles.

Police were expected to provide further details about the crash on Monday and have already appealed for anyone with dashcam footage to come forward.