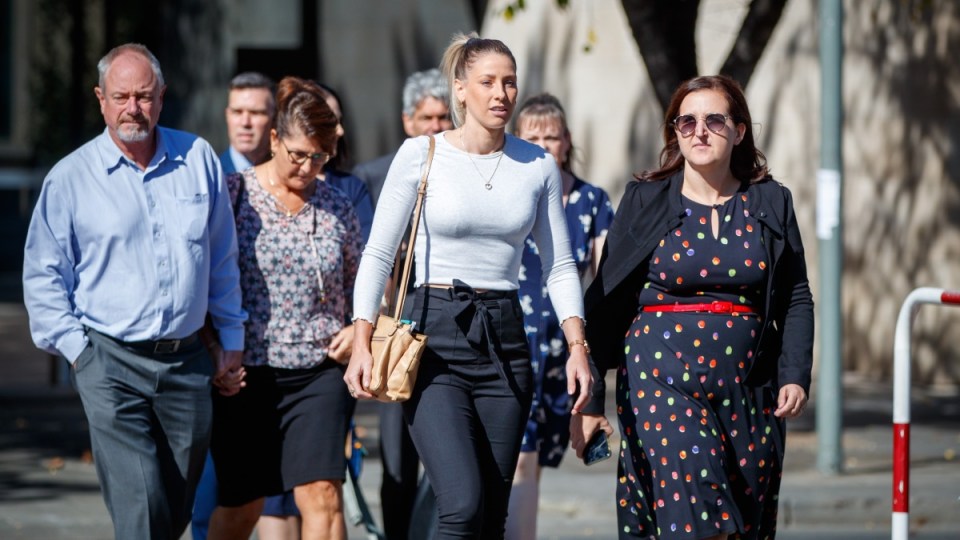 AFLW player Deni Varnhagen’s challenge to South Australia’s COVID-19 rules is set to resume with the state’s police commissioner expected to give evidence.

Ms Varnhagen, who plays for the Adelaide Crows, also works as a casual registered nurse but has lost shifts since refusing a COVID vaccination and is challenging the state’s mandate that health workers be inoculated.

South Australian police chief and state emergency coordinator Grant Stevens arrived at court on Wednesday morning after the matter was delayed because he has been too unwell to appear previously.

Loretta Polson, solicitor for Varnhagen, said outside court at the start of the trial that Mr Stevens should “take a Panadol” and come to court despite his illness.

Varnhagen’s legal team sought to question senior bureaucrats who were involved with implementing the vaccine mandate as part of the SA Emergency Management Act.

Chief Health Officer Nicola Spurrier needed a police escort as she was heckled outside court, when she was excused from taking the witness stand.

Varnhagen has been forced to work as a labourer after losing her regular work, the court has been told.

The Crows shifted the midfielder to the inactive list after she refused to be vaccinated.

The 29-year-old has been joined in the matter by several others.