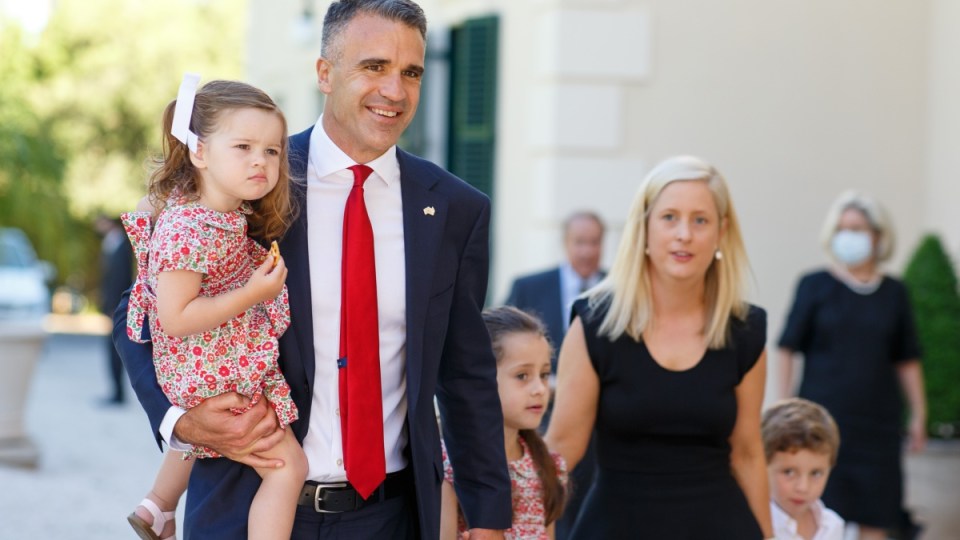 Mr Malinauskas took the oath of office at Government House on Monday.

Susan Close was sworn in as deputy premier and Stephen Mullighan as treasurer.

Mr Malinauskas is yet to reveal other members of his cabinet, though most who served on his frontbench during opposition are expected to retain their roles.

With counting continuing, Labor looks set to hold at least 26 seats in the 47-seat House of Assembly, and is leading in two others.

One still in doubt is that of outgoing Premier Steven Marshall who is trailing his Labor opponent Cressida O’Hanlon in Dunstan.

Mr Marshall has indicated he intends to continue to serve as the local member if returned but has stepped down as Liberal leader.

Shortly before Monday’s ceremony, he also arrived at Government House to officially tender his resignation.

Mr Marshall said he had spoken with Mr Malinauskas on Sunday to again congratulate him on Labor’s victory.

“I hope that we can continue to work together in the best interests of South Australia,” he said.

“It’s in a very good position at the moment but there’s still much work to be done.”

The new parliament is likely to include five independents with Dan Cregan in the Adelaide Hills, Geoff Brock, who shifted to the seat of Stuart in the mid-north, Troy Bell in Mt Gambier and Fraser Ellis in Narungga, which takes in Yorke Peninsula, are all set to be returned.

In Finniss, independent Lou Nicholson leads Mr Basham after the sitting MP was on the wrong end of a 19 per cent swing.