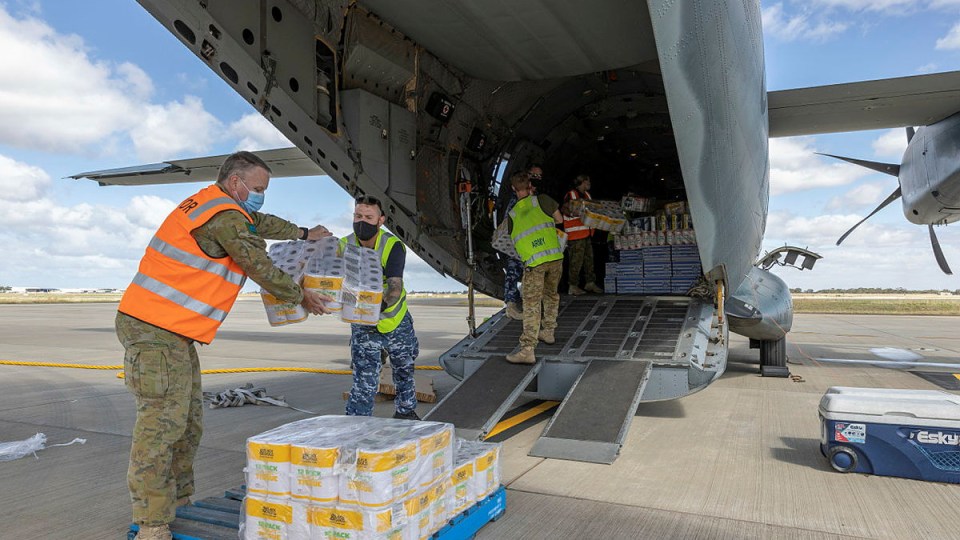 The South Australian government has requested Commonwealth emergency disaster relief funding for storm-hit communities in the state’s north amid a push to repair and reopen the Stuart Highway, which remains submerged under 30 centimetres of water.

Premier Steven Marshall said on a visit to Port Augusta on Thursday that better-than-expected weather conditions on Wednesday meant flooding on the Stuart Highway had “rapidly” receded by about 150 milimetres.

However, he said there was still no timeframe for when the crucial freight route linking Adelaide to Darwin would reopen, as authorities were unsure what damage the rain had caused to the road surface.

“This is priority No.1 – being able to get that water off the road, assess the damage and get that road back and operational as quickly as possible,” he said.

“The reality is, this is a one-in-200-year flood – there’s been plenty of heavy rain in this area before, but this is quite extreme.”

Meanwhile, the Australian Rail Track Corporation expects it will take until February 19 to fix about 18 breaks in the track in the north of the state.

“At the moment, there are no trains going from South Australia into the Northern Territory and similarly, the rail link through to Western Australia is also cut off,” Mr Marshall said.

“This is putting national supply chains under real stress.”

He said the SES had also helped relocate people who were trapped between creeks.

“There was a lot of people who drove through flood waters, against all the advice from the police department and ourselves. But to us, once they’ve ignored that advice, they just become another rescue for us and we’re not there to judge – we’re just there to help,” he said.

“There was a few people that couldn’t get back to their homes immediately and it was just unsafe until those homes had an assessment.

“I’m not sure the exact numbers who couldn’t return to their home, but there was definitely a few.”

Engineers visited the Stuart Highway and determined it would be “unviable” to pump water off it.

“The road itself sits in a very low depression, so if you were trying to pump you would be pumping water probably for two-kilometres,” Mr Arnold said.

Mr Marshall said the heavy vehicle regulator had approved an alternative route, but extreme weather forecast for Queensland could make it unviable.

He said it was still unclear how much it would cost to fix the damage caused by the rainfall, with assessments likely to take “some time”.

The state government requested that the Commonwealth provide cash relief to help communities cut off by the floodwaters, with a response likely within two days.

“Most people will be covered by insurance, but we are talking with the federal government about what emergency disaster relief might be possible if we get to certain levels that trigger that,” he said.

On Thursday, SA Health will send a plane with 600 kilograms of supplies to the cut-off APY Lands.

A state emergency declaration was issued at the weekend to deal with the wild weather’s impact across South Australia.

During his visit to the state’s north, Mr Marshall meet locals and assess property damage.

After visiting Port Augusta, he was headed north to Glendambo near where the Stuart Highway, the main access road to the Northern Territory, remains cut. Repairs are likely to take almost two weeks.

Dennis Atkins: Morrison lost an election he should not have lost. And he still doesn’t get why
Soaked SA towns mop up, with more rain on way
Today's Stories