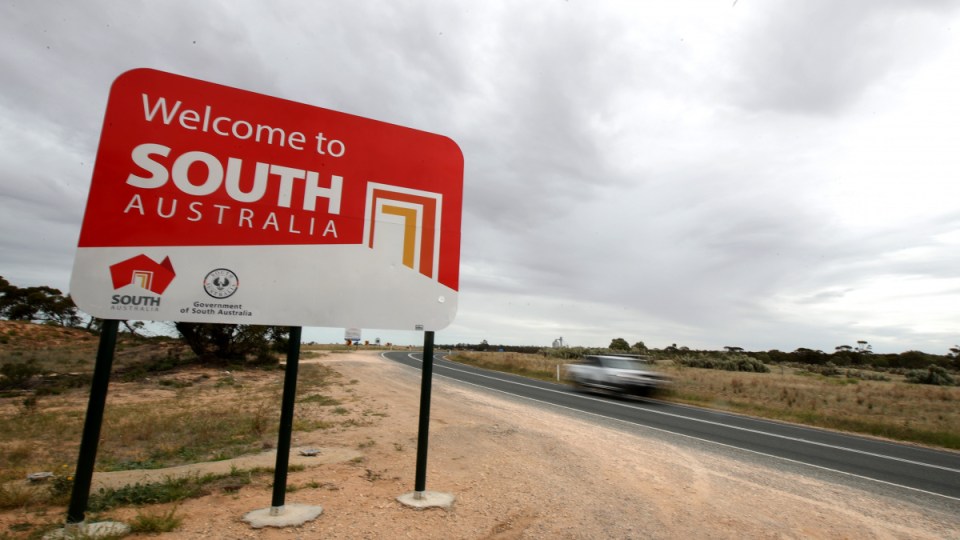 South Australia has stalled COVID's arrival but the protection of isolation may be fading. Photo: AAP

More than 25,000 people have already applied to come to South Australia once the state’s borders reopen, and Premier Steven Marshall says they will be welcomed with open arms.

SA will open its borders to visitors from NSW, Victoria and the ACT from Tuesday for the first time in several months, but all arrivals will need to be double vaccinated against COVID-19.

They may also be subject to some other requirements, such as testing or monitoring for symptoms, depending on which local government areas they come from.

The same rules will apply to people from other parts of the country.

Anyone unvaccinated will need to apply for an exemption, with those applications to be considered on a case-by-case basis.

Mr Marshall says the state’s border restrictions have been in place for good reason but it is time to allow people to be reunited with family and friends and for others to pursue business opportunities.

“There will be some pretty happy faces down at the airport tomorrow and at our borders as people start to come back into South Australia,” he said.

“They’ve got to be fully vaccinated but we certainly will be welcoming them with open arms.”

The relaxation on border rules comes despite SA still being short of its original target of having 80 per cent of those aged 16 and over double vaccinated.

As of Sunday, federal government figures put the vaccination rate at 77.2 per cent.

After being swamped with applications it had some early issues and crashed at one stage, but Mr Marshall said he understood it to now be operating effectively.

Based on the information provided, travellers may also be prompted to use a new HealthCheck SA app which will help them monitor daily symptoms and guide them through any testing and quarantine requirements.

Travellers from any area with community transmission will need to have a COVID-19 test within 72 hours before arriving in SA and undergo a daily symptom check for 14 days.

Travellers from areas with a vaccination rate between 80 and 90 per cent must also take a test within 24 hours of arrival.

Those who travel from a local government area with community transmission and a vaccination rate of less than 80 per cent must have a negative COVID-19 test within 72 hours prior to arrival and quarantine for seven days.

They will have to undergo tests within 24 hours of arrival in SA, and again on days six and 13.

As the state’s borders relax, a range of local virus restrictions will remain in place, including the requirement to wear masks in most venues, including shopping centres and on public transport.