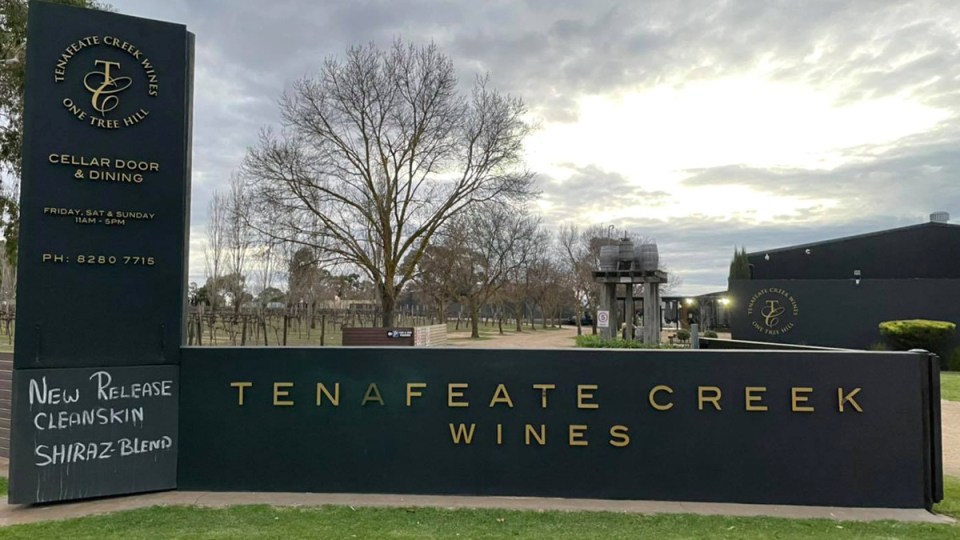 There are seven COVID cases linked to the Tenafeate Winery at Yattalunga. Photo: Facebook

South Australia’s COVID-19 outbreak has grown to 14 with two new cases on Thursday.

The new infections are a brother and sister in their 20s who went to the Tenafeate Creek winery, north of Adelaide over the weekend.

Seven cases are linked to the venue, which is considered one of two super-spreader events, including a child aged under five.

Premier Steven Marshall says he’s grateful the state moved into lockdown on Tuesday as waiting any longer would have led to a more dangerous situation.

“I’m still extraordinarily hopeful we can stop the spread of this disease over the seven-day lockdown period,” he said on Thursday.

The growing cluster has prompted a huge increase in testing with 17,592 swabs taken on Wednesday, a record for a single day in SA.

Mr Marshall apologised for long delays at testing sites and understood that some people were frustrated at having to wait many hours.

But he said authorities were working hard to increase capacity.

The number of SA exposure sites has also grown to more than 70 with more than 10,000 people in quarantine.

SA’s virus cluster is linked to an 81-year-old man who recently arrived in Australia from Argentina and was quarantined in Sydney before travelling to Adelaide, where he tested positive.

Genomic testing has confirmed the man became infected while in Sydney.

Under the week-long lockdown, which started on Tuesday night, South Australians are allowed out for only five reasons – to provide essential care, to seek medical assistance, to buy essential food and other goods, for essential work, or to exercise for up to two-and-a-half hours.

They must also wear masks when outside their homes.

Schools have closed along with most shops. Construction work has ceased.

The pandemic has taken its toll on Australian nurses, and now hospitals are scrambling for staff
Sixth Delta case as SA begins seven-day lockdown
Today's Stories