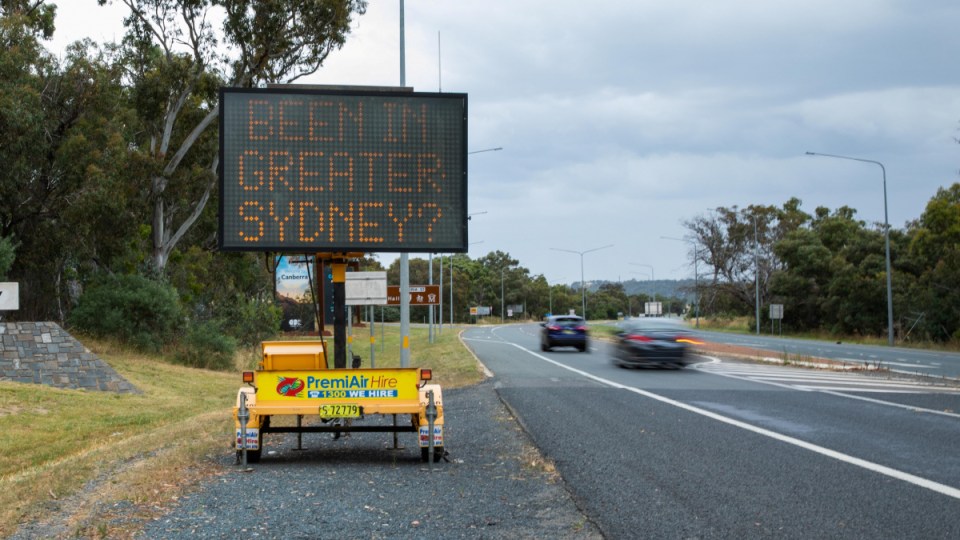 Checks on people arriving in South Australia from NSW will be stepped up from midnight Monday. Photo: Getty

South Australia will increase scrutiny on people returning from Sydney in response to a “seriously deteriorating” COVID-19 situation in NSW.

From midnight on Monday, anybody returning to SA from greater Sydney will not be able to simply apply online and will be subject to a higher level of checks.

“Exemptions will be approved but on a much narrower basis. There will be high level of scrutiny,” he said.

Mr Marshall has also given details of a removalist who tested positive in Sydney to the virus shortly after returning from a job moving a family of four to SA.

He said the family members were all in isolation and tested negative to the virus on both days one and four.

Mr Marshall said it was believed the three removalists involved had not stayed overnight in SA, but had returned to NSW immediately after completing their delivery.

There are no SA sites of concern in relation to their activity.

There are, however, concerns in Victoria, where the infected removalist spent the night of July 8. Victorian authorities are expected to release a list of exposure sites later on Monday.

The death of a 72-year-old woman has also been confirmed in Adelaide after she developed blood clots following a dose of the AstraZeneca vaccine.

The woman was vaccinated on June 24, admitted to Royal Adelaide Hospital on July 5, and died on Sunday night.

“Our thoughts are with her family at this very sad time,” Mr Marshall said.

“Obviously this is a very sad situation.”

Deputy chief public health officer Emily Kirkpatrick said the woman had lived in regional SA, where she had the vaccine.

Dr Kirkpatrick said the onset of blood clots remained a rare condition but urged anyone who developed symptoms to seek medical advice, regardless of their age.

Symptoms include a sudden headache that fails to respond to analgesia, abdominal pain, leg pain or generally feeling off – usually about four days after receiving the vaccine.

It is the first death in SA from blood clots thought to be related to the Astra Zeneca vaccine.

The fatality has been reported to the Therapeutic Goods Administration and the South Australian coroner for further investigation.