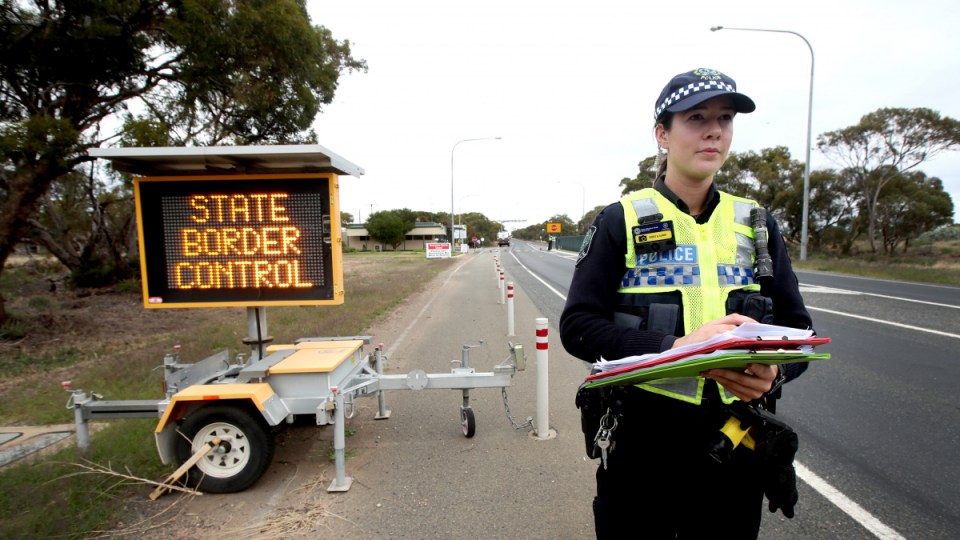 Victorians will have easier entry to SA, but controls will remain for some states. Photo: AAP

South Australia has dropped its local COVID-19 restrictions after the state “dodged a bullet” with its response to growing virus numbers in other states.

Premier Steven Marshall said the measures would be lifted immediately.

The change returns SA to a general density rule of three people to every four square metres.

Public and family gatherings can increase to 200 people and drinking while standing up and dancing can also return.

Mandatory mask requirements in high-risk settings, including nursing homes, will also be dropped.

Mr Marshall said the increased restrictions were necessary, given the situation SA faced with some local cases, when a returned miner and his family tested positive, and an increasing number of infections in other jurisdictions.

“We weren’t wanting to take any chances with the escalating numbers right across the country,” he said.

SA will also lift testing requirements for travellers from Victoria but will keep hard border closures in place for Western Australia, Queensland, NSW, the ACT and the Northern Territory.

The state’s transition committee will meet again on Thursday to consider easing those rules, particularly in relation to WA, Queensland, and the NT.

Chief public health officer Nicola Spurrier said the advice on lifting restrictions was always the result of weighing up the situation in SA and in other areas.

“I feel quite comfortable about lifting the restrictions here,” Professor Spurrier said.

“If you think about the whole of Australia, we have a reducing risk but still a significant risk in the eastern states.”

She said imposing a higher level of local restrictions was necessary to prevent the spread of the Delta variant of the virus.

Police Commissioner Grant Stevens said he agreed with assessments that South Australia had “dodged a bullet” in relation to the latest outbreaks of the virus.

“At the time of imposing those restrictions last Monday, we weren’t aware of any positive cases in the South Australian community, but what we were very concerned about was the level of transmission in other places around Australia,” he said.

“I think it was the right call and as it turns out we did have a person enter South Australia who tested positive.”

SA reported one new virus case on Monday, in a child who recently returned from overseas.

The state has 16 active infections. There are two people in hospital in stable conditions, men in their 20s and 60s.

It is the first of three clinics to open in July. Health Minister Stephen Wade said the vaccine program was “our doorway out of the pandemic”.

“This clinic will provide up to 700 vaccinations per week – 500 Pfizer and 200 AstraZeneca – providing more opportunities for eligible South Australians to roll up their sleeve and get vaccinated,” he said.

Clinics in Mount Barker, in the Adelaide Hills and at Gawler, north of the city, will open later in July.