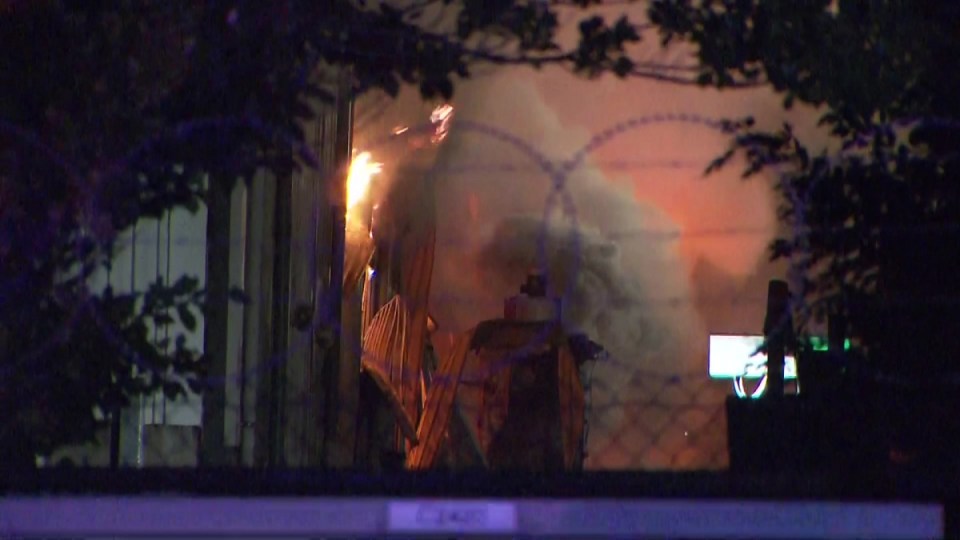 The MFS said the fire was contained to the building and had not spread to surrounding businesses. Photo: ABC News

About 100 firefighters are battling a blaze at a recycling factory at Wingfield in Adelaide’s north.

Firefighters were called to the Visy recycling factory on Johansson Road about 3:30am after a smoke alarm was activated and a triple-0 call was made.

Twenty-six units from the Metropolitan Fire Service (MFS) and Country Fire Service are battling the blaze, which sent smoke over the local area.

The MFS said the fire was expected to burn for several hours, with bundles of cardboard and plastic fuelling the blaze.

Police and ambulance offers are also on scene.

Authorities are yet to identify the cause of the blaze.

Nearby residents are warned to stay indoors and keep their windows closed until the smoke has cleared.

Johansson Road and Cormack Roads are closed and are expected to remain off limits for most of today.

Fire fighters were expected to stay at the site for most of the day to extinguish the fire.