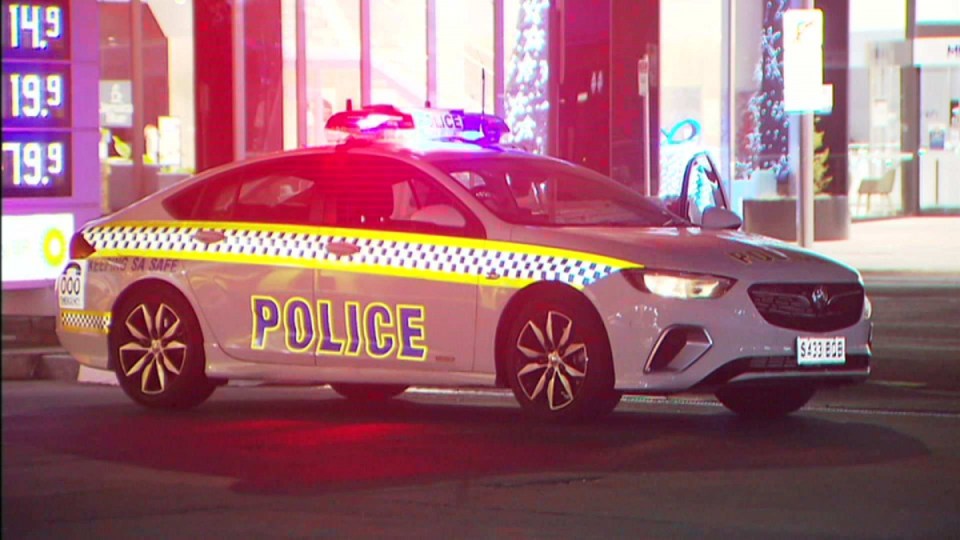 A man who impersonated a police officer to pull over cars and hand out fake speeding fines has been jailed for five years, with the judge describing his offending as “foolish” and “dangerous”.

The court heard he and co-accused Samuel Mark Narroway used flashing blue-and-red lights on their vehicle dashboard to pull over other drivers on Adelaide roads in September 2019.

The court heard one victim went to an ATM to withdraw cash to pay the fine on the spot.

Judge Joanne Tracey said the offending preyed on the vulnerability of the victims who were complying with what they believed to be genuine police requests.

“Each victim of your offending would no doubt have experienced fear and confusion,” Judge Tracey said.

“They did what they thought was the right thing to do in the face of what they understood to be a genuine police direction.

“No doubt each would experience fear and suspicion whenever faced with a person who is legitimately acting in authority.

“Such offending causes a loss of faith and trust we place in our police and erodes the value we place in their service. Such erosion can only lead to all of our detriment.”

Cook has a long list of prior offences and was declared a serious repeat offender, meaning he would receive a harsher sentence.

“Your offending was not only foolish, it was irresponsible and it was dangerous,” Judge Tracey said.

The court heard the offending came to light when one victim questioned the authenticity of the men’s police badges.

“[The man] asked how he would know the badge was real, to which you responded ‘why wouldn’t it be?’,” Judge Tracey said.

The court heard Cook told him they would radio for a patrol car to attend, then drove off before being tracked down by police and arrested the next day.

The court heard the man who foiled their attempt felt fortunate that he was a generally sceptical person but noted that others in the community were more vulnerable.

Judge Tracey said many of the victims felt intimidated at the time and were distressed and embarrassed by what happened, with ongoing anxiety and distrust of police.

The court heard Cook had taken part in drug and alcohol counselling and written letters of apology to the court.

“You say you are extremely embarrassed and ashamed for not only this offending but your behaviour in the past,” Judge Tracey said.

“I remain concerned, despite what you say in your letters, that your prospects for rehabilitation remain poor.”

Cook was sentenced to five years’ jail, with a non-parole period of four years.

Narroway was previously sentenced to four years’ jail, with a non-parole period of two years and eight months.