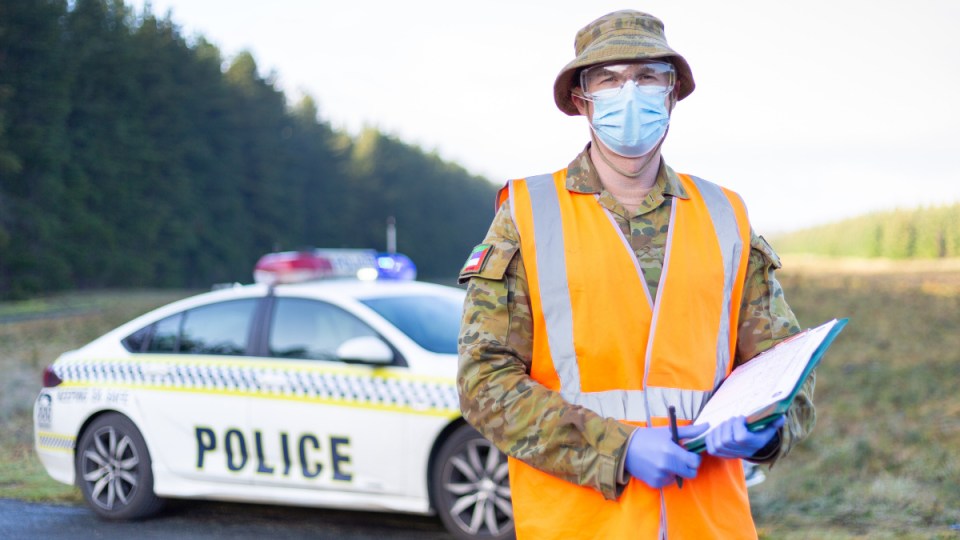 South Australia's border with Victoria will be fully open for the first time since March. Photo: ADF

South Australia has recorded no new cases of coronavirus in the past 24 hours, as authorities announce the state will ease restrictions including at social gatherings and along the Victorian border.

From Tuesday, the border restriction with Victoria will be lifted, allowing free travel from that state into South Australia for the first time since March.

“The border restrictions which have existed with a Victoria will be completely lifted as of midnight on Monday night,” Premier Steven Marshall said.

“From the first of December, we will completely normalise our border arrangements with Victoria and this will be a huge relief for many people who have been adversely affected.”

The number of active cases in South Australia has dropped from 36 to 23, as people are cleared of the virus.

Restrictions set to be lifted

Mr Marshall announced an easing of restrictions within South Australia for two weeks in the lead-up to Christmas.

Dancing and drinking while standing up will once again be allowed at weddings.

But the cap of 10 people at home gatherings will remain.

The Premier has also written to the Prime Minister asking to extend the pause on international flight arrivals by another week to December 7.

More than 12,000 people were tested on Thursday and about 5000 people identified as close contacts are still in quarantine.

Police Commissioner and State Coordinator Grant Stevens said that although the Victorian border would be reopened, a “prior approval process” to enter South Australia from the state would remain, for now.

“We’ll be assessing whether or not we retain that online application process going forward, so in the very first stages it will still be there,” he said.

“We’ll give further information about that as we make adjustments to how we allow people to come into SA, particularly by road but also by the Adelaide Airport.”

“The volume is going to be a substantial issue for us,” he said.

“We anticipate there are going to be a lot of people leaving SA knowing that they can return safely, and also people Victoria coming to visit relatives or undertake business or other activities.”

SA chief public health officer Nicola Spurrier said all of the contacts from the Parafield cluster that briefly sent the state into lockdown last week had been identified.

But she said it was impossible to know whether any more cases from the cluster remained undiagnosed.

“We’ve got on top of that fairly quickly [and] we’ve got hold of everybody that needs to do the quarantine,” Professor Spurrier said.

“We still always need to remember that this incubation cycle can be anywhere from 24 hours up to two weeks.

“I’m quite comfortable about the actions that have been put in place [but] of course I just can’t predict the future.”

SA Health handed out masks at selected shopping centres across the state on Friday.