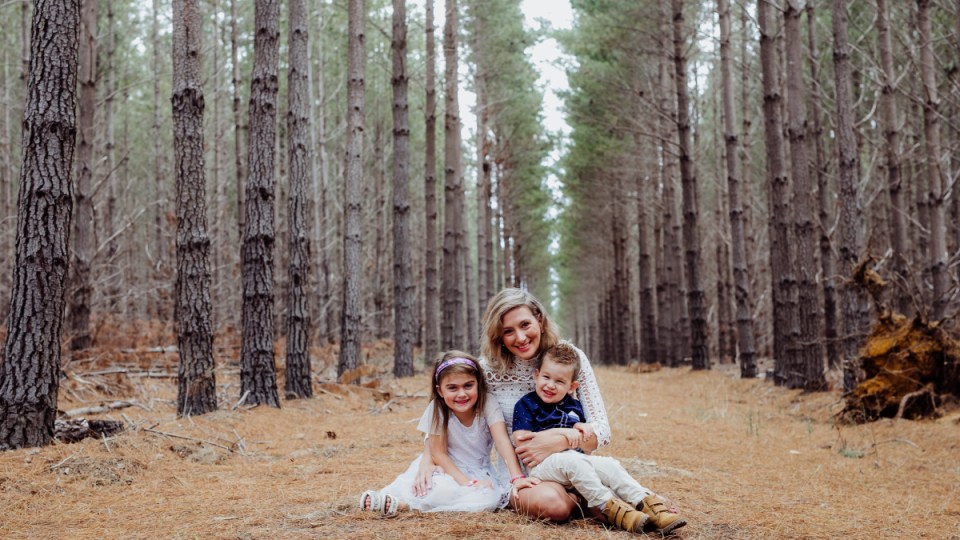 Emmah Money's cystic fibrosis didn't hold her back from lobbying for a key drug to be placed on the PBS. Photo: Kristy Billing Photography

Try blocking your nose and breathing through the mouth for at least 30 seconds.

That’ll give you a small glimpse into what it’s like for the 3500 Australians living with cystic fibrosis.

“It’s very emotionally exhausting at the best of times, but you don’t really have a choice,” Ms Money said.

To clear her airways, she spends 45 minutes every morning and evening inhaling a range of medications.

That’s when she doesn’t have an infection.

Suffering from pancreatic insufficiency, Ms Money can’t even eat without the help of drugs.

She swallows up to 40 tablets every day to help her body digest food.

She must also find time in between caring for her two children to undertake physiotherapy or physical activity twice a day.

A simple change in weather could send her to the hospital.

“Every winter, a cold for me could kill me,” she said.

Sometimes Ms Money would cough so much, she would sound like she had just smoked a packet of cigarettes.

A recent chest infection resulted in her spending two weeks in hospital on intravenous antibiotics.

There is no cure for the inherited disease affecting one newborn every four days.

On average, cystic fibrosis sufferers live until the age of 37.

Ms Money has mourned the loss of many friends to cystic fibrosis.

“I’ve lost more friends than I have fingers … I look at that as a reminder that I cannot let cystic fibrosis beat me.”

She participated in protests, wrote letters to Health Minister Greg Hunt and publicly shared her health battle to ensure the drug, which cost patients more than $250,000 per year to acquire, was subsided.

Ms Money shares her story in schools across Australia.

She speaks about resilience, adversity and making a difference in the world.

Ms Money was awarded the title SA Local Hero in November, placing her in the running for an Australian of the Year award set to be announced on January 25.

‘I can’t let it beat me’: Emmah Money’s fighting words on challenges of living with cystic fibrosis