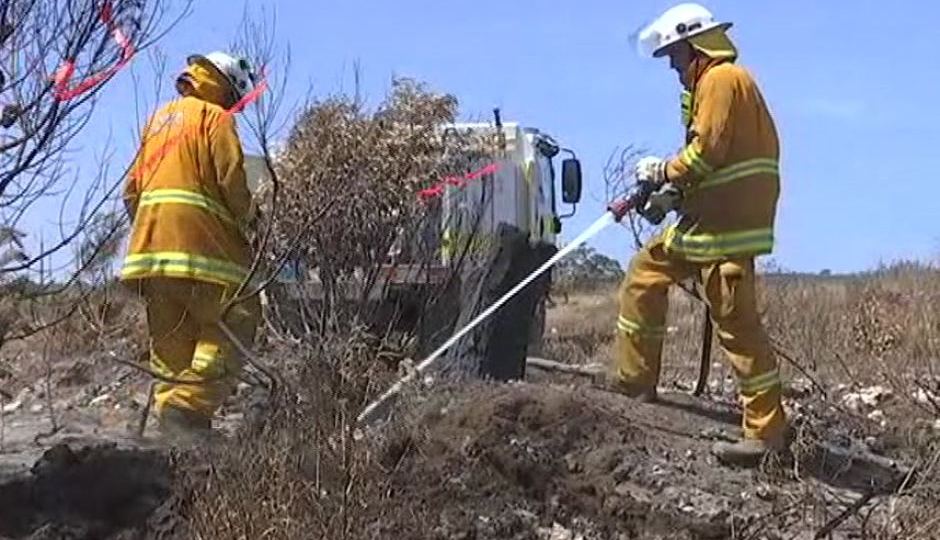 A total fire ban is in place for Wednesday. Photo: ABC News

South Australia’s Department for Education has announced 124 schools and kindergartens will be closed on Wednesday as a safety measure during catastrophic fire danger conditions.

The closures include 65 sites in the Mount Lofty Ranges.

Seven regions in South Australia have been given catastrophic fire danger ratings for Wednesday by the Bureau of Meteorology, including Kangaroo Island.

No part of the state has been rated lower than “severe”.

A total fire ban applies across the whole state for the rest of Tuesday and Wednesday.

CATASTROPHIC FIRE DANGER – WEDNESDAY 20th NOVEMBER
This was the visibility in some parts of Port Lincoln during week’s Duck Ponds Fire. Why risk not being prepared? Plan ahead and be bushfire ready, visit https://t.co/NcsTBLYMp0 for more tips on how to survive a bushfire. pic.twitter.com/o3YKfaUoUy

The Country Fire Service (CFS) has compared Wednesday’s bushfire risk conditions to those that were present during the Pinery and Bangor fires.

Record-breaking temperatures of more than 40 degrees Celsius are forecast for some parts of the state, along with winds of up to 60 kilometres per hour.

Catastrophic conditions have been forecast for the eastern and lower Eyre Peninsula, the Yorke Peninsula, the west coast, the Mid North, the Mount Lofty Ranges, along with Kangaroo Island.

A large air tanker from New South Wales is on standby to fly to South Australia if a fire does break out.

The community are advised that TOTAL FIRE BANS have been declared for 20-Nov-19 throughout South Australia. Refer https://t.co/AgpxarAhWG for more information. pic.twitter.com/48hkg5R5df

CFS assistant chief officer Brenton Eden said if winds were too strong tomorrow there was a chance no aircraft would be able to be deployed.

“The community has a general expectation that aircraft and everything in the air are able to respond rapidly and save them from these fire events [but] on days like this those aircraft may not get off the ground,” Mr Eden said.

“The [Adelaide Hills] Council came along and quickly mowed this with [a] tractor leaving lots of spare spots, but sometimes those bare spots if an ember comes on it is enough to start this up,” he said.

“I’ve got a free morning so I just thought I’d come and do what I can.

“I think if everyone is out doing their bit, I know the council are and the CFS are – all you can do is just be as prepared as you can.”

More than 500 Adelaide Hills properties were last week warned to clean up their properties ahead of the bushfire danger season, which started last Friday in the area east of Adelaide.

No fines have yet been issued.

“We’re always concerned when residents don’t clean up their properties appropriately, however, we also recognise that people have busy lives and reminders and notices that we provide them just helps them re-prioritise bushfire safety,” Adelaide Hills Council chief executive officer Andrew Aitken said.

“I think the majority of our residents and businesses are well prepared.