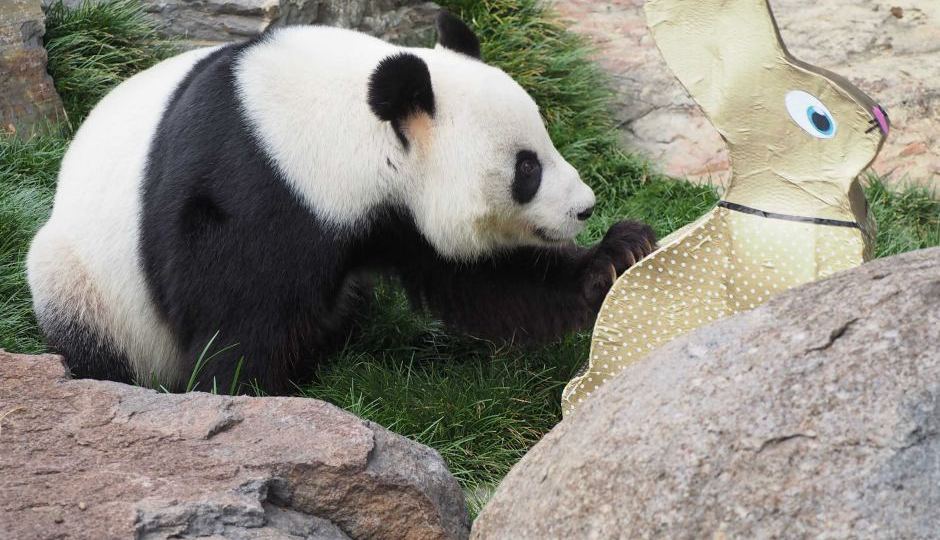 Dead cattle in Queensland are the only animals getting attention from Prime Minister Scott Morrison right now, meaning the future of  Adelaide’s beloved pandas will just have to wait.

Federal Labor says it will stump up the $1.3 million a year for another five years to keep Wang Wang and Fu Ni in the city if it wins government, South Australian Senator Penny Wong announced on Sunday.

“Every South Australian knows how much we love the pandas,” she told reporters at Adelaide Zoo.

“Wang Wang and Fu Ni are one of our most popular attractions.”

But as Senator Wong was saying how “I hope the coalition can come aboard and match what we committed to today”, about 1000km away in Tasmania Mr Morrison said he had other priorities.

“I have been talking to (Premier) Steven Marshall about this, but I’ll simply say this: My priority at the moment actually – with all due respect to people in South Australia and pandas – is cattle lying dead on properties in north Queensland,” Mr Morrison told reporters at Burnie.

“That’s where my focus is right now. If the Labor Party wants to focus on pandas, that’s fine, I’m focused on dead cattle on the ground in north Queensland.”

The agreement between the federal government and Zoos SA to keep the pair is due to expire in November and the window for a baby this year has passed, prompting calls for an extension.

Adelaide is the only zoo in Australasia to host giant pandas and one of just 22 worldwide. The pact with China to exhibit the animals was negotiated in 2018 by then-foreign minister Alexander Downer.

“What we do globally is make a real difference in this space for making sure that the giant panda species don’t become extinct.”

Since the pandas arrived in 2009, Adelaide Zoo has welcomed more than 3.8 million visitors and the pandas have generated $33.5 million in economic output.