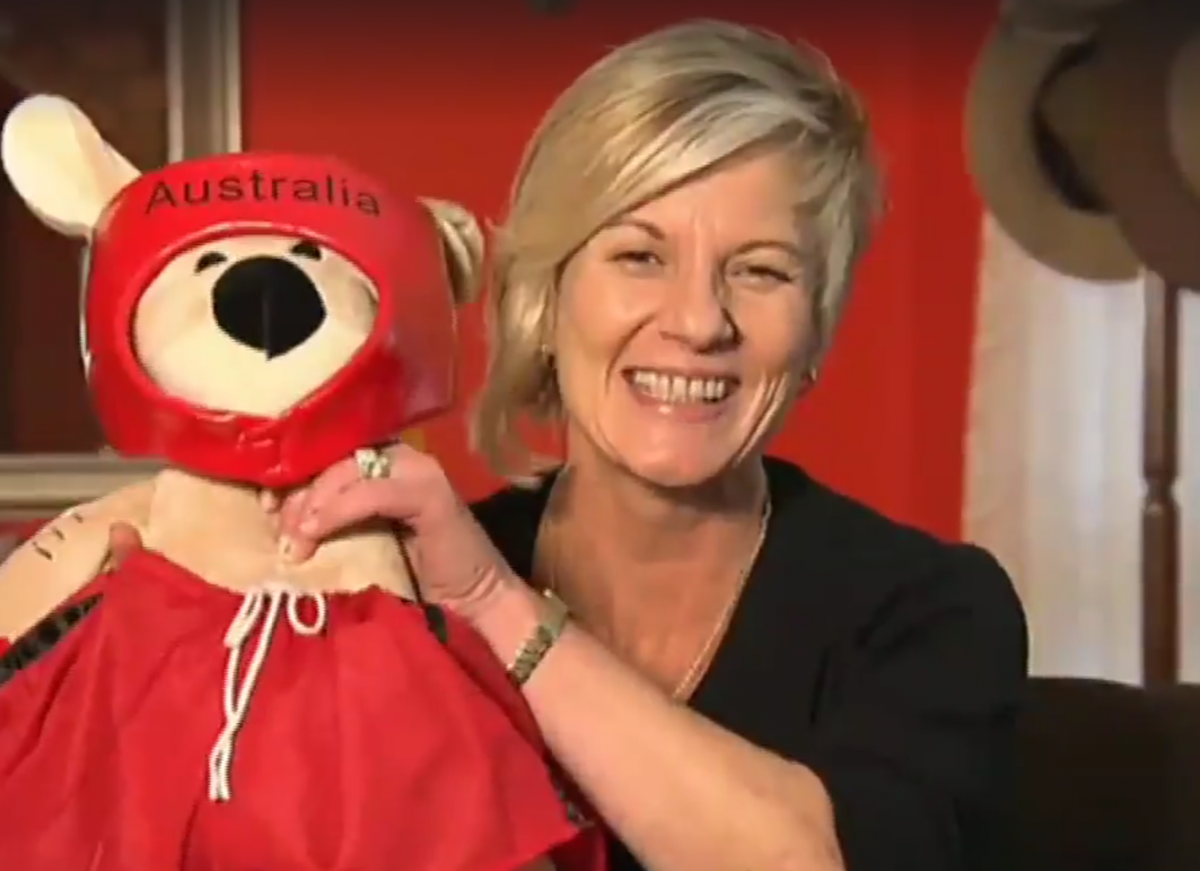 A woman who suffered ruptured breast implants after being knocked off her bike by a kangaroo says her “airbags” will be fixed by the end of the week.

In a tongue-in-cheek interview with The Project on Tuesday evening, Sharon Heinrich, 45, spoke about the ordeal that also left her with three cracked ribs and a friend with concussion.

“I went for a beautiful ride with a good girlfriend, Helen Salter, on Wednesday morning,” Ms Heinrich said.

“We were just about at the end of the ride and I saw a kangaroo up on a ledge, a big one, big.

“And he jumped. And he came straight through the side of me. Through my bike. And used me then to jump and land on Helen.”

The kangaroo bounced off into the surrounding wilderness never to be seen again.

She said the kangaroo was about six feet tall, but joked she’d been claiming it was 10 feet tall for the sake of a better story.

Watch the interview below:

The Project co-host Peter Helliar asked: “Did you know that had happened? Did you think your boobs just exploded?”

She responded: “Yeah. I knew … I knew they were broken and I knew that the breast was hurt. It’s mainly this one here [left breast], my favourite. Yeah. I knew I was hurt.

“They probably did make a noise but I was winded and I didn’t really listen to much more after that. Hope it don’t happen again. I have new ones coming.”

She even joked the implants saved her life.

“Definitely [they saved my life]. Yep. I left home in good condition and by the time I got home they were broken.”

Ms Heinrich said she planned to have her implants restored to something similar to what they were, only about “50 millimetres thicker”.

“And a roo bar at the front. I might tie this fella [a toy kangaroo] on the front so they know I’m a sister.”

Ms Heinrich will travel from Clare in South Australia to Adelaide for surgery on Thursday.

She told ABC radio earlier on Tuesday that she expected the saline liquid filling the implants to be absorbed easily by her body. But she said the ruptured silicone exterior left inside her breasts was causing her pain similar to cracked ribs.

Ms Heinrich urged anyone wanting to do the Riesling Trail not to be put off by the attack.

“Please don’t let anybody be scared of that Riesling Trail, because it was a beautiful, beautiful ride before ‘Skip’ played.”