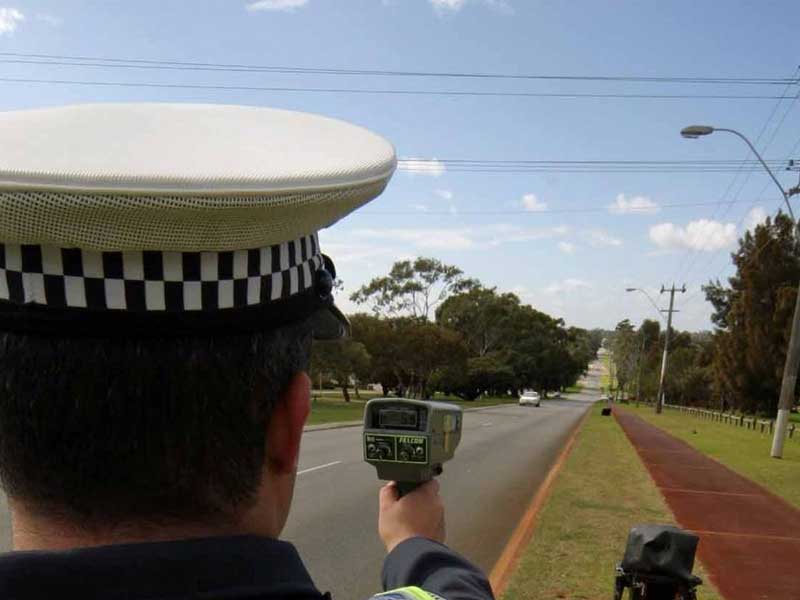 NSW's decision to abandon 'speed camera ahead' signs has produced a giant windfall for the state's coffers. Photo: Getty

When Ashleigh Kay sold her old car to an apparent homeless woman, the last thing she expected was to be slapped with the new owner’s $786 speeding fine.

Ms Kay said she felt for the woman — who claimed to be homeless — when she sold her station wagon for $700.

“When she filled out the paperwork she did not write an address because she did not have one,” Ms Kay told 891 ABC Adelaide’s Breakfast program.

She said she accepted the woman’s driver’s licence number on the transfer forms as identification.

Ms Kay said she even refunded some of the purchase price after the new owner complained about the car.

The homeless woman bought the car at 10pm on a Friday night, and by 9am had incurred more than $750 in driving offences.

“She obviously had a bit of fun with the car and went over 135 kilometres per hour up Port Wakefield Road,” Ms Kay said.

Ms Kay said she received the speeding fine in the mail a few days later, and tried to transfer the cost to the new owner.

She submitted a statutory declaration to the South Australian Police Expiation Notice Office, to show she was not the owner when the fines were incurred.

The department said the declaration would not be accepted because Ms Kay did not provide the buyer’s address.

While she provided the new owner’s mobile phone number, driver’s licence number and suburb, Ms Kay said the department would not waive the fines.

She approached the motor vehicle registration office and the South Australian Police for help, but was told the new owner’s information could not be released.

“Since the fine we have been ringing her daily and am getting no response,” Ms Kay said.

“The onus is on the prosecution to prove the offence,” Ms Stanley said.

“It seems that, in this case, the expiation branch has decided that Ashleigh has to prove her innocence.”

Ms Stanley said the courts were the only the only avenue left for Ms Kay.

“The magistrates really are quite pragmatic and sensible about circumstances where the expiation branch has not been of great assistance,” Ms Stanley said.

But she warned the emotional and possible financial costs of going to court were a deterrent for most people.

“It is expensive, it is stressful, it is difficult and some people just are not confident speaking up in court,” Ms Stanley said.

She said previous owners in similar situations should not ignore the infringements, as they could incur further fines and suspensions.