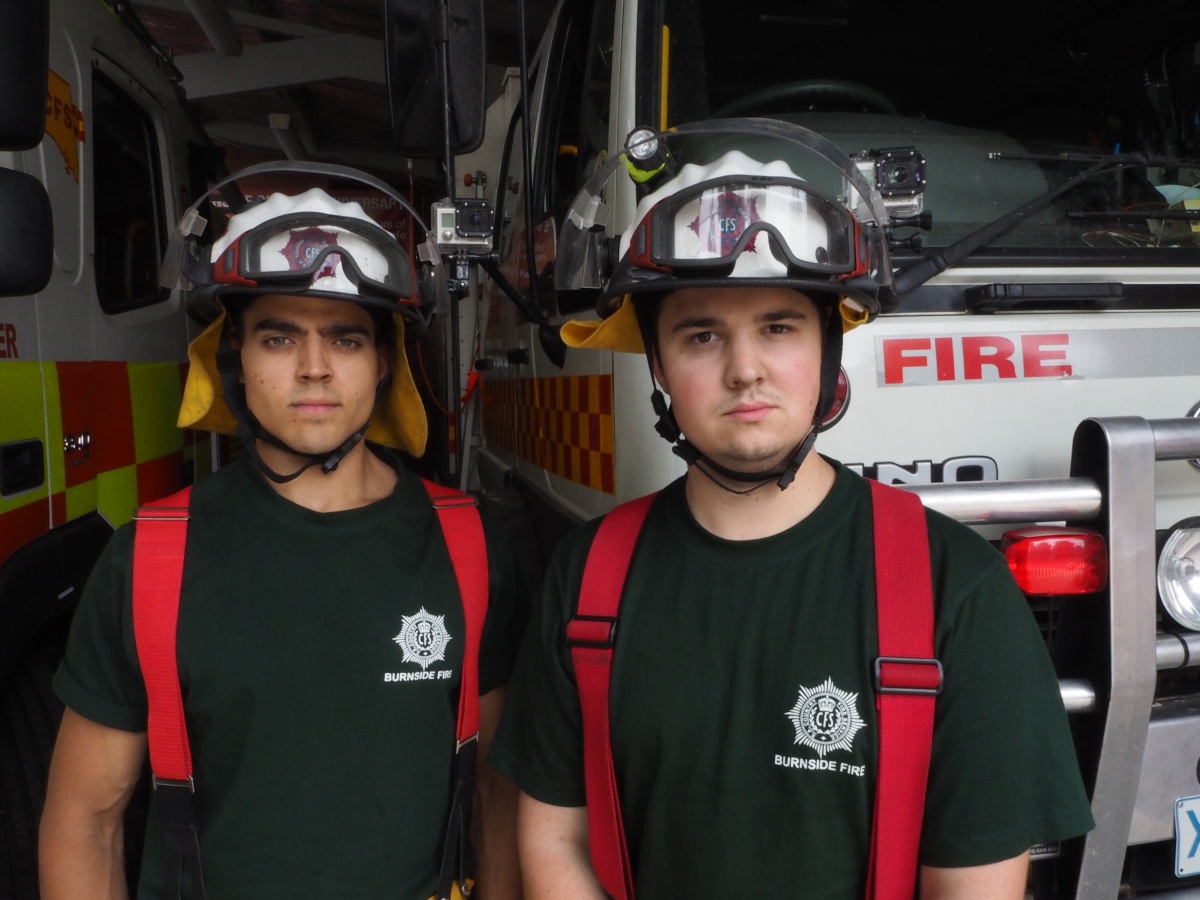 Ben Wilson had never seen anything like it. Hurtling up through the Adelaide Hills on the back of a fire truck directly into the region’s worst bushfire conditions since Ash Wednesday, the 24-year-old Country Fire Service volunteer gaped at flames he described as hundreds of metres high, reaching up so far they licked the clouds.

“It was a skyscraper of flame,” he said.

“The fire was crowning – the worst type you can get, hitting the treetops, where it just launches and can go 100km an hour if it wants.”

Unlike Ash Wednesday – and luckily for Ben and the rest of the five-man Burnside crew led by his father, Captain David Wilson – this time it didn’t.

For Ben Wilson, at least, that first day of the Sampson Flat fire – January 2 – was the most intense. The out-of-control blaze, believed to have been sparked that morning by the illegal use of an incinerator during a total-fire ban, grew and grew, spreading out across a perimeter that spanned 240 kilometres.

In the coming days, Mr Wilson and hundreds of other firefighters slowly brought the inferno under control, but it took the arrival of torrential downpours the following Wednesday before the threat was truly extinguished.

The crew would put in dozens of exhausting hours battling the fire, but it was their action on that first Friday that gave the world an insight into what firefighting in Australia is all about.

While what Mr Wilson, his father, and crewmates Craig Holt, Alastair Sellars and Josh Balouin, experienced that day was much in line with what hundreds of other firefighters did for the following week, the difference here was that some of the day’s exploits were recorded by Go-Pro cameras strapped to his and Mr Balouin’s helmets.

Mr Wilson, an amateur photographer who heads up Bilson Photography, had done this before, using recorded video as a training tool for future reference, but the footage captured from this experience was so dramatic he decided this time it was worth sharing online, in the hope that property owners and aspiring firefighters could see what bushfire conditions are like for themselves so they can better prepare.

The video shows the team’s arrival at the first under-threat property they encountered in the aptly-named Devil’s Gully.

“The sun was blocked out so we couldn’t see if anything was up there – we were told to check it out and saw a house was there and that we could save it,” Mr Wilson said.

They reversed the truck into the driveway – in order to allow for a quick getaway should the need arise – and scoped out the situation. The first thing they found was an abandoned vehicle with an attached water tanker.

“The neighbour had apparently tried to try and help protect the house – the pump was still running but we tried to get water out but nothing came, so we moved it out the way best we could.”

With fires quickly enveloping the area and the property a long way away from any mains water lines, the team searched frantically for something to douse the flames with.

“Luckily the owner had two rainwater tanks that were half full, otherwise we would have had to leave and move on – we weren’t going to fight the fire with our hands,” he said.

From there it was a matter of using the water as best they could, battling spotfires appearing in all directions and dealing with the intense temperatures – over 40 degrees Celsius without factoring in the heat of the fire – and smoke inhalation.

As they are legally entitled to do, the team entered the house to ensure the property was not burning from within.

The video captures it all, from the search for water, to battling the flames, to a surreal moment when Mr Wilson offers his exhausted fellow volunteer Craig Holt a banana found in the house amidst the chaos.

“He’d just saved the barn down the hill – he was wrecked,” Mr Wilson said.

“You get to that point where you’re so fatigued you are feeling sick and running low on water.”

The property was saved, and after leaving a note apologising for breaking down the door and thanking the owner for the bananas, the team moved on – there was plenty more to deal with, and they would remain in the field from 3pm until past midnight.

The resulting two hours of footage was edited down to an eight-minute clip, which didn’t take long to go viral after Mr Wilson posted it online.

So far it’s been viewed more than 200,000 times, with even the property owner himself, Andrew Chesson, stumbling across it and reaching out to thank Mr Wilson and the team personally via Facebook. There’s plenty of other video yet to be used, but Mr Wilson is not sure what will be done with it – he hopes the CFS media team will put it to good use.

As if being the son of the station captain wasn’t bad enough, Mr Wilson suddenly found himself copping it from the other firies for his newfound celebrity status.

“Every time anyone features on the news you have to buy a carton of beer, so I’ve got to buy a couple unfortunately,” he said.

“At the end of the day the focus should be on all the volunteers – what we did was a small part of a huge job.”

To donate to the CFS, go here https://www.cfsfoundation.org.au/Howtohelp/Donate/OnlineDonations.aspx