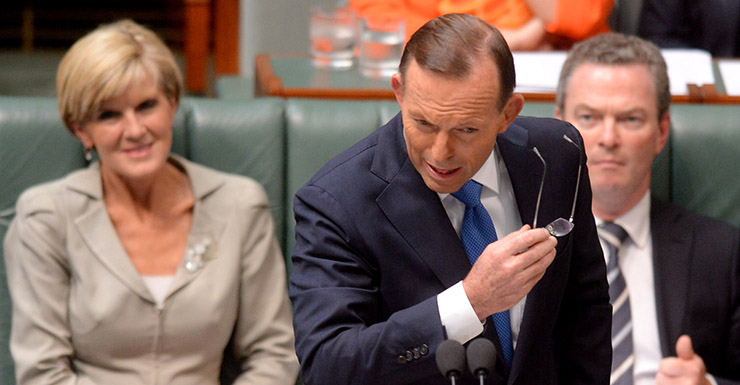 “No Liberal seat is safe.”

Although the result is yet to be finalised, Labor candidate Nat Cook was leading Liberal contender Heidi Harris by 451 votes after the distribution of preferences as of 1pm on Monday.

The Liberals’ poor performance in the by-election is the latest blow to the party after a torrid year of federal polling and a comprehensive defeat in the Victorian election.

“People, I think rightly, expect us to be empathetic and that comment was not that,” he told ABC Radio on Monday.

“There is no doubt when it comes to broken promises, South Australians are feeling very bruised from the death of the car industry through to the government breaking its promises on the Australian Submarine Corp, threatening thousands of jobs,” Mr Shorten said.

“There is no doubt in my mind that the Liberals, as they approach Christmas, are suffering because of Tony Abbott and the federal government.”

In an interview with the ABC, Prime Minister Tony Abbott conceded that federal politics had played a part in the Fisher poll, and the Coalition’s defeat in November’s Victorian election.

“Obviously Labor has certainly been campaigning on federal issues, there’s no doubt about that,” he said.

“I think in the end the public are smart enough to make distinctions.”

The seat of Fisher, south of Adelaide, was vacated after the death of long-serving MP Bob Such in October.

Mr Such won the seat from Labor in 1989 and served as a Liberal MP for 10 years before becoming an independent in 2000.

Dr Such was diagnosed with a brain tumour just a week after the 2014 state election.

He won the seat from Labor MP Philip Tyler who held it for just one term.

A Labor victory in Fisher would strengthen the SA Government’s grip on power, allowing legislation to pass the lower house without negotiation with other MPs.

Federal Libs blamed for big swing to Labor in SA