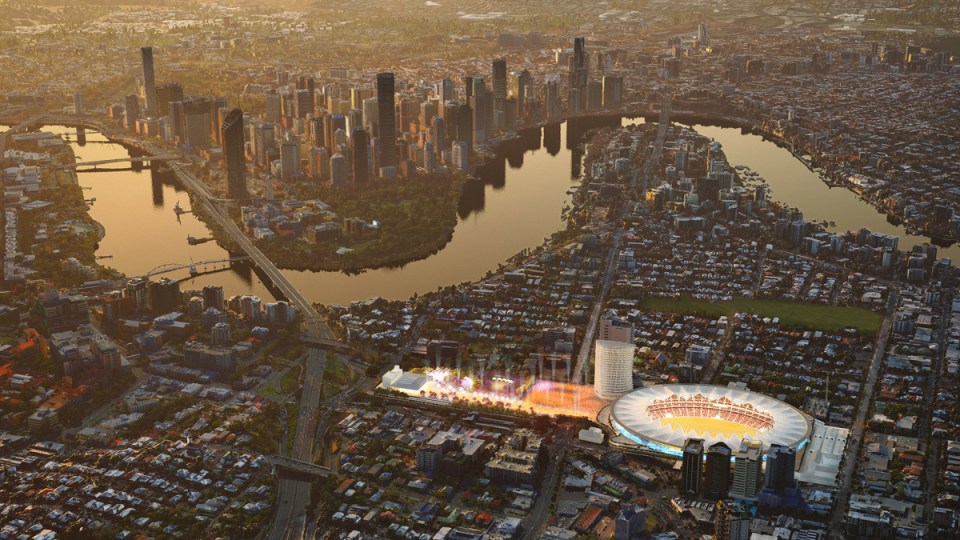 A rebuilt Gabba will be the centrepiece of Brisbane's 2032 Olympics. Photo: AAP

International Olympic Committee president Thomas Bach has returned to Brisbane for the first time since the river city won the 2032 Games.

The IOC boss touched down in Queensland after a lightning tour of Australia’s Pacific neighbours, saying the Games’ spirit is alive and well across the region.

“You can see the enthusiasm and the anticipation (is) already at a very high level.”

Queensland was the first state to adopt the program in which Olympic athletes engage with students to encourage future sporting stars to set goals, overcome challenges and demonstrate resilience.

‘Inspiring that next generation’

“Being witnesses to one of these sessions is really encouraging,” Mr Bach said.

“It’s a great anticipation of these games, Brisbane 2032. They’re all excited, and they’re all motivated. It’s really a great feeling of Olympic spirit.”

The challenge, he said, would be to keep the momentum and enthusiasm alive.

Premier Annastacia Palaszczuk said the visit was an ideal opportunity to showcase what Brisbane 2032 would offer.

The premier admitted there was work ahead during the ’10-year runway’ leading up to the event.

“But every single Queenslander should be filled with immense pride that we have been awarded the Olympic Games in 2032.”