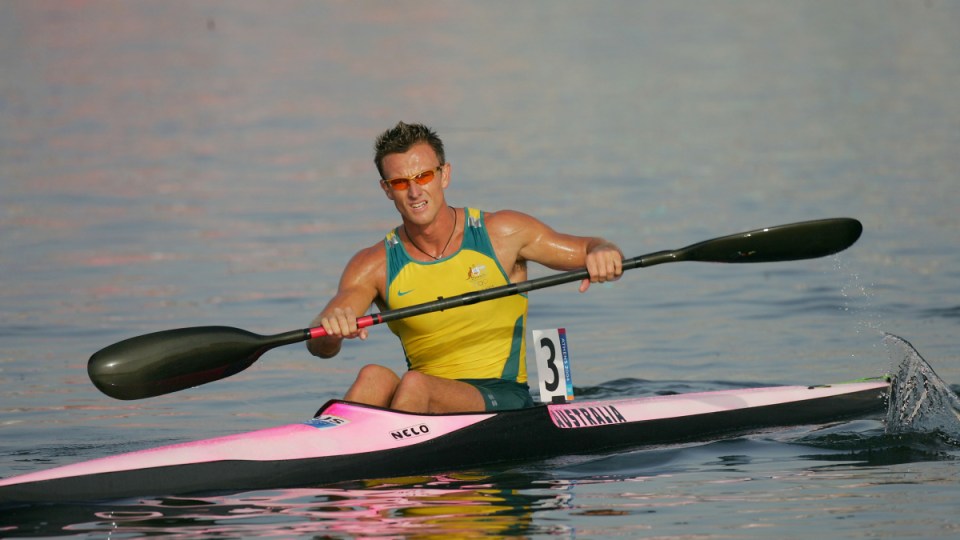 Former Olympian Nathan Baggaley will be sentenced for his role in a $200 million cocaine-smuggling plot. Photo: Getty

Former world champion kayaker Nathan Baggaley and his younger brother are set to be sentenced over a bungled cocaine-smuggling plot.

The brothers were each found guilty by a jury in April of attempting to import up to $200 million worth of cocaine into the country.

Brisbane Supreme Court Justice Ann Lyons is due to sentence both men on Tuesday afternoon.

Dru Baggaley, 39, and another man Anthony Draper went on an 11-hour 360-kilometre journey out to sea on a rigid-hulled inflatable boat (RHIB) on July 30, 2018, to meet a foreign freighter carrying packages of cocaine.

The men retrieved bundles thrown off the ship, but on their return flung them into the sea when pursued by an Australian navy vessel.

Both men were arrested before they reached the mainland.

Bundles recovered at the time, together with those that washed ashore for months after, contained 650 kilograms of white powder containing cocaine worth between $130 million and $200 million.

The three-time world champion – who was on parole at the time of the importation attempt – was arrested almost a year later.

Justice Lyons earlier rejected Dru Baggaley’s claim he should be sentenced on the basis he intended only to import tobacco, and the argument his Olympic silver medallist brother’s role was comparatively minimal as he simply aided his sibling.

Instead she found Nathan Baggaley was “actively involved in the attempted importation of cocaine” and was to receive a substantial reward for his services.

The trial heard the 45-year-old bought the RHIB, a trailer and equipment like a GPS system and satellite phone, all worth more than $100,000.

“I find … that Nathan Baggaley knew the importation of cocaine involved a large quantity and was actively standing by to receive that cargo and to facilitate the movement of that cargo as a principal,” Justice Lyons said.

She will sentence Dru Baggaley on the basis he was “a principal organiser of the attempted importation of the cocaine”, knew a large quantity of drugs were involved and recruited Draper to go to sea with him.

Justice Lyons found evidence that established Nathan Baggaley knew of the voyage by the day the men went to sea and that “it was to retrieve a large quantity” of cocaine.

Draper – who testified during the Baggaley brothers’ trial as part of an undertaking – was sentenced to 13 years behind bars after pleading guilty to the same drug importation charge during earlier proceedings.

Nathan Baggaley’s career unravelled in 2005 when he was banned for taking steroids.

The brothers were jailed in 2009 for manufacturing and supplying large numbers of ecstasy tablets, and again in 2015 for producing party pills and conspiring to make methamphetamine.