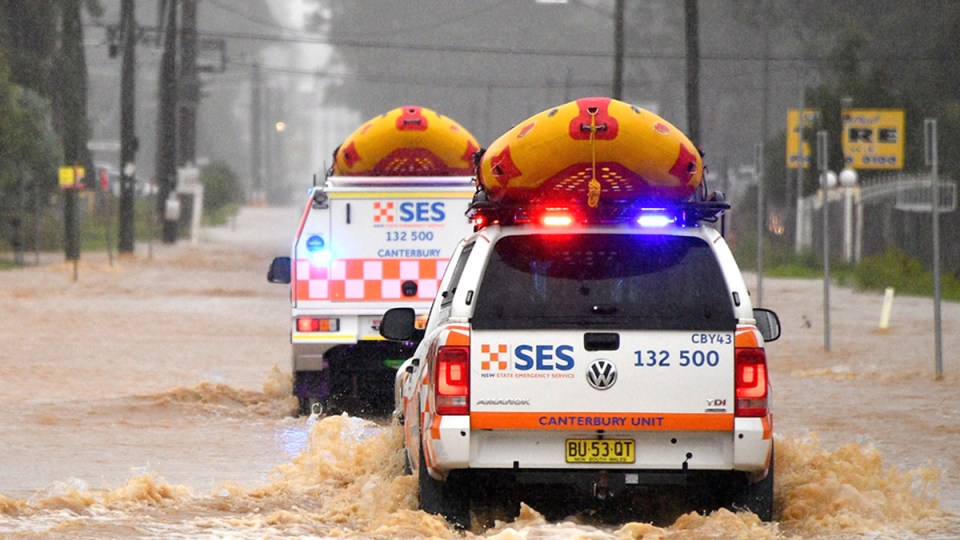 Large parts of Queensland are at risk of flooding this week as regions prepare to receive up to 10 times their average monthly rainfall by the weekend.

Police are warning people to avoid unnecessary travel, including for holidays or work, with the downpours expected to begin from Tuesday.

Acting Inspector Donna Stewart said one in 10 road deaths in the state this year had been from people driving in flood waters.

“It’s incredibly frustrating to see the number of people who aren’t heeding our warnings,” she said on Sunday.

Queensland’s central, central interior and central coast regions can all expect to receive 10 times their monthly average of rain, while the interior and south-east are tipped to get an average month’s worth.

During the worst of the weather, Queensland’s central coast region could be hit with up to 300 millimetres of rain within six hours, along with damaging winds.

“There’s going to be widespread rainfall basically across the entirety of the state,” Mr Hannify said.

“The real event starts to ramp up particularly from Tuesday to Wednesday.”

Mr Hannify warned parts of the state were already saturated and flooding presented a threat to lives and livestock.

He said the severe weather would be fuelled by two troughs, one coming from the interior and another from the north coast.

A high pressure system in the Tasman Sea will essentially trap the two rain-laden troughs across Queensland, forcing it to rain itself out rather than move on.

“It’s like nature is working against us,” Mr Hannify said.

Queensland and NSW are still reeling from devastating and deadly floods earlier this year that triggered a massive – but criticised – response from state and federal governments.

Who was the King? How Elvis Presley devoted his life to a consuming passion
West Australians urged to prepare for looming extreme weather event
Today's Stories