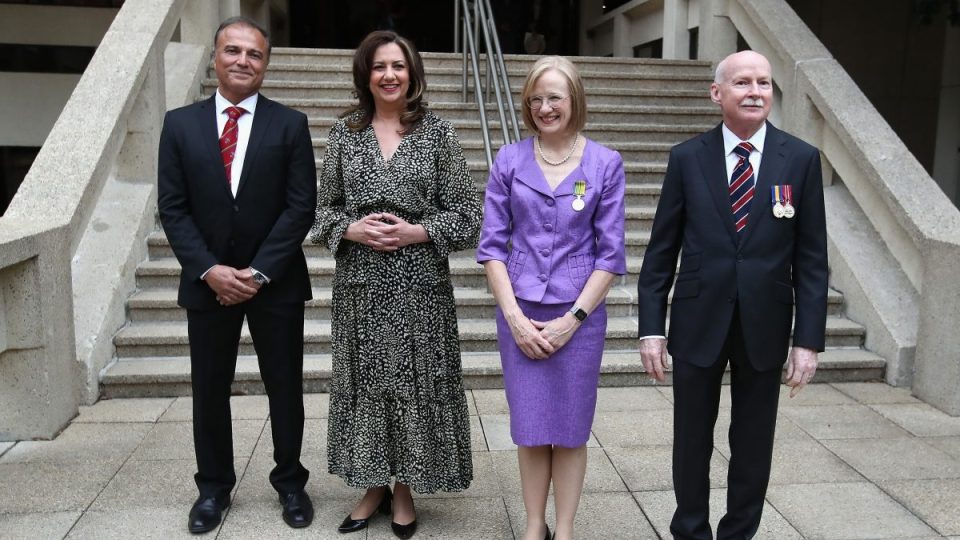 Ms Palaszczuk said on Tuesday she should not have invited her boyfriend Dr Reza Adib when Olympic officials in town for the event met on Sunday morning.

“I recognise that I have made a mistake and I should not have taken my partner to that meeting,” Ms Palaszcuk said.

“I apologise, it was never intentional to cause any distress to anybody.”

She described the meeting attended by officials from the International Olympics Committee and AOC as an informal catch-up.

Among the topics discussed were the international broadcast centre for the 2032 Brisbane games and the city’s cross river rail project, Ms Palaszczuk said.

She said she understood federal Sports Minister Richard Colbeck had opted for a private meeting, and in hindsight she should have suggested the same thing.

“I’m very lucky and very blessed to have someone that supports my role, it is a big role to run this state,” she said.

“My partner will be coming with me to different functions, but he will not be coming to any meetings or catch-ups.”

Brisbane Lord Mayor Adrian Schrinner would not buy into the issue when asked about it on ABC radio Brisbane on Tuesday.

“Let’s focus on what’s really important here which is getting ready gearing up and making sure there’s a great legacy for our community.”