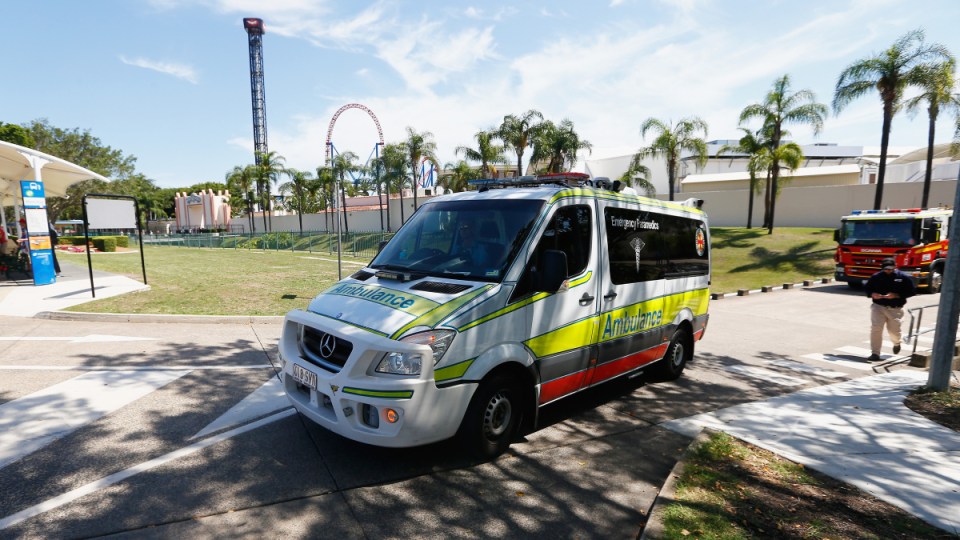 A spike in calls for medical help in Qld comes as thousands of staff are absent due to COVID. Photo: Getty

Queensland has recorded its fourth-highest volume of triple-zero calls for medical help as pressure from its Omicron wave continues to hit the health system.

There are more than 570 COVID patients in Queensland hospitals, which Health Minister Yvette D’Ath said was a peak for the current virus wave.

A total of 3416 health workers and close to 200 paramedics are also off work due to quarantine or isolation requirements.

“That is putting pressure on the system. However, what we saw yesterday was historic,” Ms D’Ath said on Tuesday.

Triple-zero calls in Queensland spiked to 3789 on Monday, a jump of 32 per cent. The state’s previous three highest days of triple-zero calls came during its first Omicron wave in January.

“It was extraordinary. No one wants to see the sort of lines that we saw outside of our hospitals with the ambulances and the delays that were incurred,” Ms D’Ath said.

Queensland Ambulance Commissioner Craig Emery said there were an extra 400 emergency code-one calls above the typical average on Monday.

Triaging methods and ongoing contact with patients meant those in the most need got a timely response, he said.

“But for sure, some of those lower acuity patients…did wait longer than we would want them to,” Mr Emery said.

Authorities are waiting for a breakdown of what the calls were for but Ms D’Ath said it was interesting that NSW was in a similar situation.

The 32 per cent increase in call volume prompted Telstra to contact Queensland and NSW, which was also experiencing a peak in demand, to initiate a pre-approved voice message.

The message alerted people to the high demand and advised them to call an alternative number if they weren’t in an emergency situation.

The precaution was designed to reduce pressure on the system so people can still get through to police and fire and emergency services, Ms D’Ath said.

The recorded message was removed about 10pm Monday, while pressure eased on Tuesday, Ms D’Ath said.

“It was certainly an extraordinary time, on top of hitting what I hope are some of our peak numbers as far as furloughed staff and hospital beds for COVID,” she said.

An extra 120 ambulance recruits are due to start in Queensland in May as the state anticipates extra demand in winter.

Meanwhile, the state opposition believes the situation is symptomatic of issues present before the pandemic.

“I don’t think it’s fair that we can give the government a leave pass and say that it’s because of COVID that Queensland Health is in crisis,” state Liberal National leader David Crisafulli said.

“Queensland Health has been in crisis for half a decade.”

He called for better triaging, more resources and the publishing of up to date wait-time data.