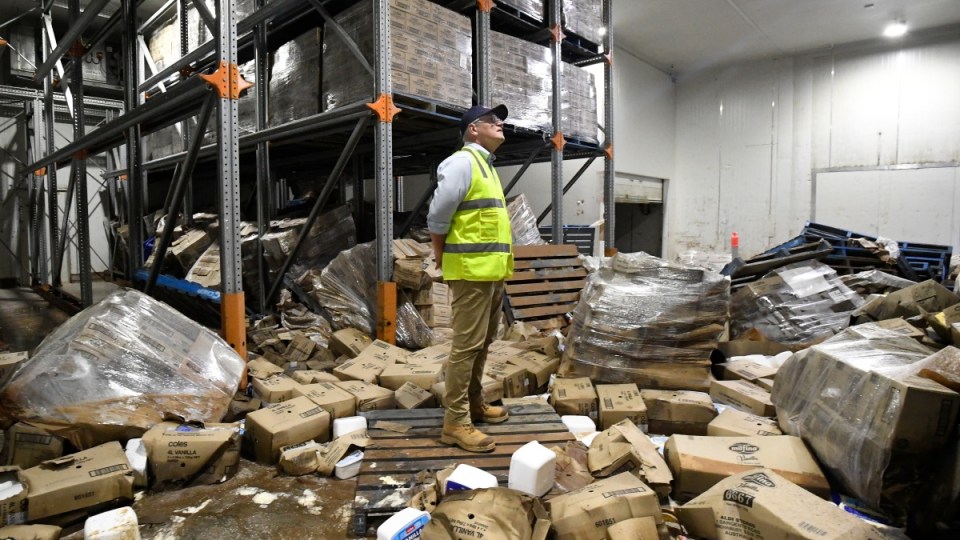 Prime Minister Scott Morrison will set his sights on Queensland’s flood recovery, as he prepares to declare a national emergency in the hard-hit region.

However, one federal MP has criticised the government for not providing further financial support to some areas impacted by the disaster in NSW.

Mr Morrison visited the flood-ravaged community of Lismore on Wednesday, announcing he would ask the Governor-General to approve the first national emergency declaration.

Mr Morrison defended the government’s support for the flood-affected areas but received a frosty reception from Lismore locals.

While he also used the visit to announce further financial support for northern NSW communities, some flooded regions have missed out.

The local government areas of Richmond Valley, Lismore and Clarence Valley have been declared “catastrophe zones”.

But Labor MP Justine Elliot, who represents the Richmond electorate, which takes in Ballina in northern NSW, said her electorate was excluded.

The, Byron and Tweed shires were also excluded from the most recent announcement.

“People are suffering when we are not part of that announcement,” she told ABC Radio on Thursday.

“Many people can’t access housing or money and they need urgent assistance and what we have seen since the flood hit is rolling incompetence from the state and federal governments.”

But Deputy Prime Minister Barnaby Joyce said decisions about which areas got funding were made by the National Recovery and Resilience Agency, based on the recommendations of the states.

“[The states] have the lead on this, they make the call that they want further support, and then the role of the federal government, after we negotiate that, is to [provide] support,” he told ABC Radio.

He said the states provided an assessment of which areas were at the epicentre of disasters.

The government was examining new information about which areas had been hardest hit, he said.

“There [are] further assessments as we speak,” Mr Joyce said.

“Our job is to make sure that we do the work to make the money available so we can give these people support.”

A package announced on Wednesday included a further $25 million for emergency relief, food relief and financial counselling services in select flood-affected areas in NSW and Queensland.

Ms Elliot said the deployment of defence forces to help assist locals in rescue and recovery efforts was too slow.

“There needs to be more widespread support for individuals and households and businesses to rebuild,” she said.

“We have no coordination either in the planning phase, or in this stage when we need support, and on top of that, we desperately needed the army here on day one.”

Queensland’s flood recovery coordinator Major General Jake Ellwood said among the first priorities for him was providing relief where it was needed.

“At the same time, we need to be focused on recovery and emergency services, and the reconstruction authority has done great work in doing a mountain of assessments,” he told the Seven Network on Thursday

“We are now over 16,000 assessments and that will help us prioritise what we need to get at.”

The federal government has so far provided $385.2 million in disaster support payments through Services Australia to 330,900 people impacted by the floods.