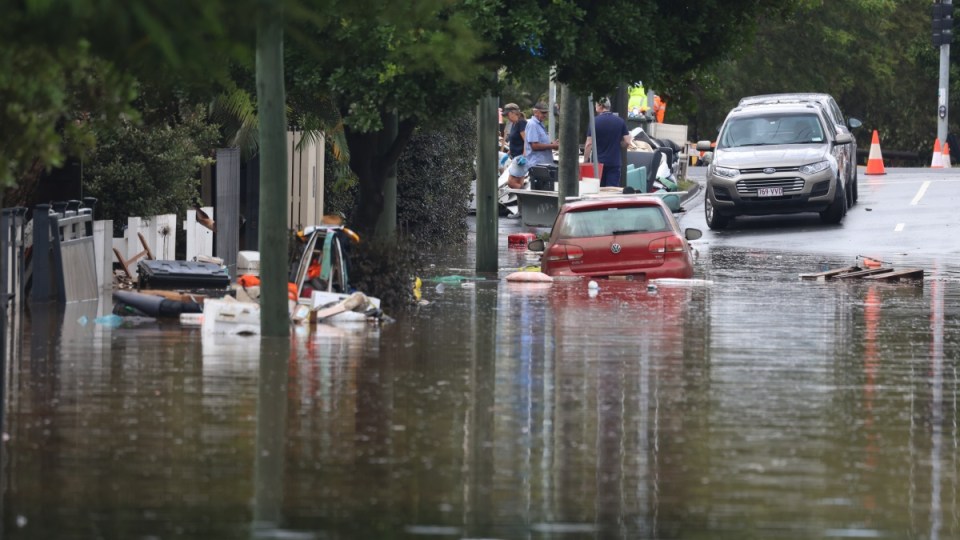 The clean-up is underway across flood-hit areas in south-east Queensland. Photo: Getty

Flood-hit south-east Queensland is bracing for more rain with severe thunderstorms forecast to hit a swathe of the coast on Wednesday afternoon.

Just as river levels had begun to settle, the Bureau of Meteorology warned of more flash flooding with storms likely for Brisbane, the Gold Coast, the Sunshine Coast and Wide Bay.

A flood watch has been issued for people living along the Mary River catchment, including Gympie and Maryborough. Storms were expected to hit late Wednesday morning and possibly push into the night.

The BOM’s Jackson Browne said the Sunshine Coast, Gold Coast and Brisbane should brace for “destructive winds and intense rainfall” in the afternoon. Mr Browne said winds were likely to match those of a category two cyclone.

“We’re talking about localised fairly destructive cells moving through parts of the south-east,” he told the Nine Network.

“It’s hard to pinpoint exactly where these storms will form.

“It’s just that wherever these storms form, they’ll be in a quite explosive environment.”

Later in the day, the storm warnings were extended further north, taking in the region from the Sunshine Coast to the Capricornia Coast.

They were expected to disrupt newly-appointed recovery coordinator Major General Jake Ellwood’s efforts after floods damaged more than 20,000 homes and businesses across the south-east, killing 13 people.

The death toll rose on Monday after police found the body of a man in a car in the Condamine River, south-west of Brisbane.

Another man is missing after falling from a boat on the Brisbane River on February 26.

He said there were 17 flood mitigation projects in the pipeline, including an upgrade of Queensland’s early flood warning system.

Meanwhile, former Queensland governor Paul de Jersey will lead a three-month review of Brisbane City Council’s management of the floods that inundated about 28,000 properties across the city.