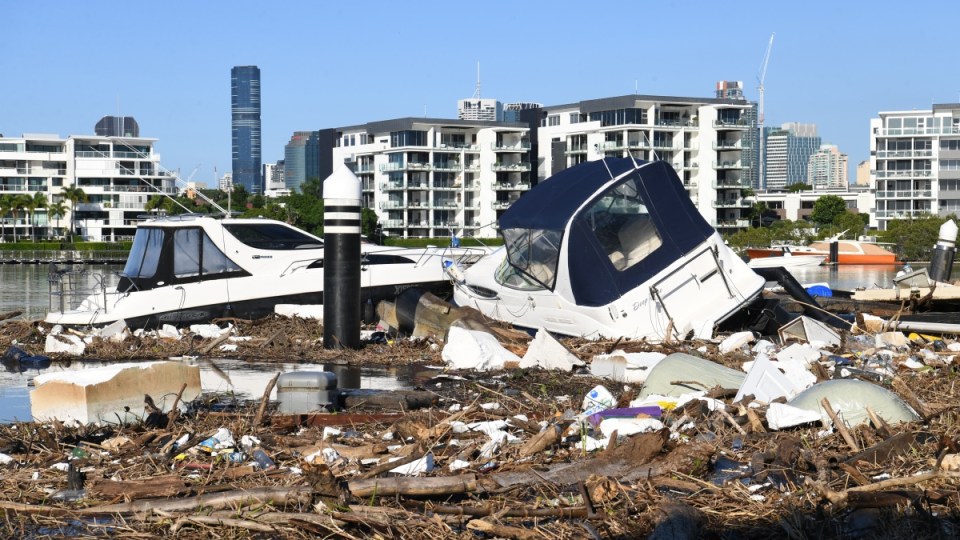 The damage bill from south-east Queensland’s flood disaster could top $1 billion as thousands of homeowners begin to assess the scale of damage across the south-east.

The state’s mud army turned out in force on Wednesday as tonnes of flood-damaged possessions piled up outside homes and property damaged by the deadly floods.

“It’s clear that the flooding disaster emergency here in the south-east is not over yet, but the recovery process has begun,” Deputy Premier Steven Miles said on Wednesday.

“Early estimates suggest that the damage bill for this disaster could be up to $1 billion.”

But even as the floodwaters slowly begin to recede, volunteers are racing against mother nature. More potentially severe storms are forecast to batter Queensland’s south-east in coming days.

More than 8000 volunteers have signed on to help with the massive relief and recover effort underway across the flood-hit region.

While the true extent of the damage is still being assessed, Queensland claim numbers have already topped 13,000 with insurer Suncorp.

“The key thing for us will be to get assessors on the ground and we’re doing that in the next 24 hours, starting in Gympie.

“Then we’ll work our way down the coast.”

But Mr Johnston said it was already clear Queensland would be dealing with “large losses” and urged the recovery to “build it back better”.

“There’s also a lot of flash flooding, a lot of damage from that extraordinary weather that we’ve seen.

“The inevitability here is that we are going to be repairing homes that have been repaired three or four times.

“What this really brings to bear is the need to build it back better.

“We need to take account of the water, where that water is flowed, and work with our customers and work with the industry more broadly to build homes that are more resilient.”

The focus was on getting people back to their homes and business while repairing vital infrastructure, Queensland Disaster Reconstruction Authority CEO Brendan Moon said.

“This will be a big task for Queenslanders, but we have done this before. The community, local government and state government and the Commonwealth Government will come together to support the recovery of our communities just as we’ve been done before.”

A support package was needed for small businesses who had been thumped by the pandemic before being hit by flood damage, the Liberal National opposition said.

Queensland flood damage could be more than $1 billion