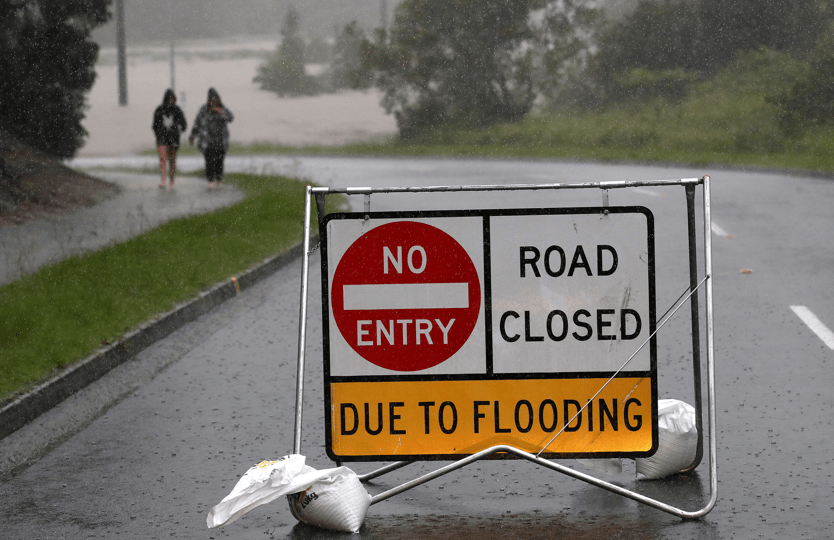 Warning signs like this one at Logan are appearing all over Southeast Queensland.Photo: AAP

Hundreds of people are being evacuated from rising floodwaters across southeast Queensland amid a “completely unpredictable” extreme rain event that has already claimed four lives.

Flood sirens have been sounded in Grantham, west of Brisbane, on Saturday afternoon, urging residents in low-lying areas near the Lockyer River to get to higher ground.

“The community are advised this is not a test and should respond accordingly,” the Lockyer Valley Council said in a statement.

“Residents should move to higher ground and relocate to family and friends as a matter of urgency.”

As the storm front moves south to soak northern NSW, authorities north of the border are working to evacuate 700 people from Gympie, north of the Sunshine Coast, which is facing its worst floods in 23 years.

Premier Annastacia Palaszczuk said the Mary River is set to rise above the 21.95m recorded during the 1999 floods.

She says emergency evacuation alerts will be issued for 700 Gympie residents, who are otherwise set to be isolated or trapped.

“People would understand that this is incredibly important at this stage,,” she told reporters on Saturday.

“Our concern is for your safety, and this is why this is happening.”

She said three days of supplies will be delivered to the Indigenous community of Cherbourg, west of Gympie, which is set to be cut off.

Major flooding is occurring at Tewantin near Noosa, and Picnic Point and Dunethin Rock on the Sunshine Coast.

Authorities are monitoring Beaudesert and communities along the Logan River, south of Brisbane, and Maryborough, downstream from Gympie, where floods will surpass peaks recorded just last month.

Meanwhile, Police are searching for a man who’s been missing in floodwaters near Gympie for more than 15 hours.

Four people have already died in the floods, including a female SES volunteer who was killed when the car she was in with three other volunteers was swept off the road en-route to a rescue near Ipswich on Friday night.

The southeast is still being pummelled by multiple severe thunderstorms embedded in a massive low pressure trough, which has been sitting over the region for five days.

More than 70cm fell at Mount Glorious in the 21 hours to 6.30am on Saturday, the Bureau of Meteorology said, with 24-hour downpours of more than half a metre recorded in many other places.

“This is something that is completely unpredictable, in terms of this big rain event occurring over the entirety of the southeast Queensland,” Ms Palaszczuk said.

“So please listen to alerts, everyone please stay calm.”

The BoM is warning “dangerous and life-threatening” flash floods from Hervey Bay to Yarraman, Toowoomba and Ipswich on Saturday, and further south to the NSW border on Sunday.

Deputy Police Commissioner Steve Gollschewski urged people not to leave their homes unless they absolutely have to.

“This event is not going to finish soon and we do not want to lose any more people, so please, please, if it’s flooded, forget it.”

Ipswich is preparing for its worst flooding in a decade when the Bremer River to rise above the 2013 peak of 13.9m on Sunday.

The Brisbane suburbs of Moggill and Jinadalee will have widespread minor flooding on Saturday, with minor flooding possible in the CBD with a high tide on Sunday.

There were at least 253 people in evacuation centres in Moreton Bay, Sunshine Coast, Ipswich, Maryborough and Gympie on Saturday.

Train services north and west of Brisbane are set to be suspended for days, while ferry services have also been halted indefinitely due to dangerous debris in the Brisbane River.