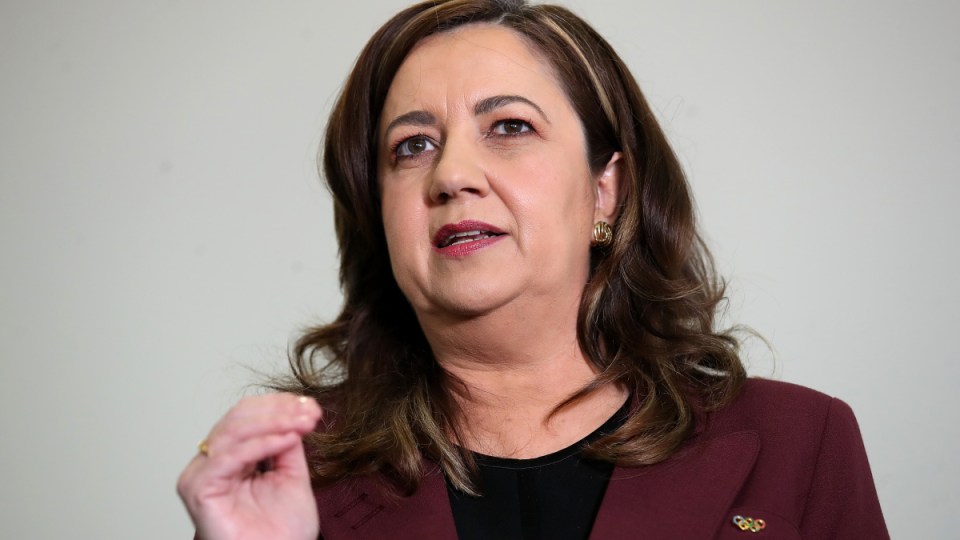 Annastacia Palaszczuk says Queenslanders should be confident in the leader of the widescale inquiry. Photo: AAP

Queensland’s Premier says the public “should absolutely have confidence” that a former Labor donor with three decades of ties to her party will conduct a proper review of her government’s accountability.

After weeks of questions about misconduct allegations involving the government, the public service and the state’s four integrity watchdogs, Premier Annastacia Palaszczuk has ordered a widescale inquiry.

Professor Peter Coaldrake, the former Queensland University of Technology vice-chancellor, has been appointed to lead it.

Professor Coaldrake was the chief executive of the Public Sector Management Commission, set up by the former Goss Labor government to overhaul the public service, from 1990 to 1994.

He’s also a recent Labor party donor, which is something Ms Palaszczuk said she wasn’t aware of before Friday.

“No I wasn’t, but I am absolutely confident that he will do a thorough and effective job now,” she said.

“The public should absolutely have confidence in the fact that he was a QUT vice-chancellor over the past 14 years, and I don’t think anyone is going to question his his reputation,” Ms Palaszczuk said.

Professor Coaldrake has been asked to investigate the public service’s culture of “ethical” decision-making and impartial advice to the government.

He will also examine the interactions and interdependencies of integrity bodies, public servants and the government.

The inquiry will also check integrity laws, systems designed to prevent ethical and accountability issues arising, whether staff are adequately trained and if integrity complaints are resolved in timely manner.

However, Ms Palaszczuk said it would be up to Professor Coaldrake to decide whether his inquiry would hold public hearings.

He’s also been told to focus on systemic issues rather than individual misconduct complaints, with at least two of those under investigation.

The Crime and Corruption Commission is probing whether senior public servants in 2021 took a laptop from Integrity Commissioner Nikola Stepanov’s office and deleted its contents.

Dr Stepanov, who will leave the role in July, has also said the government cut her funding and staff, which Ms Palaszczuk denies.

Ms Palaszczuk also tried to have the integrity commissioner probed by a parliamentary committee for alleged misconduct after she complained about the laptop.

Meanwhile, a Queen’s Counsel is probing misconduct claims made by the former state archivist Mike Summerell.

He has alleged interference in his role and his reports, potentially leading to parliament being misled.

At the same time, three separate reviews are looking at whether the CCC, the Integrity Commissioner and the Office of the Independent Assessor, the local government watchdog, are fit for purpose.

Ms Palaszczuk will receive Professor Coaldrake’s interim report by mid-April with the final report due in mid-June.

Michael Pascoe: A grand housing alliance looms at last – if our new PM has the will
Rescuer swept off Qld beach still missing
Today's Stories