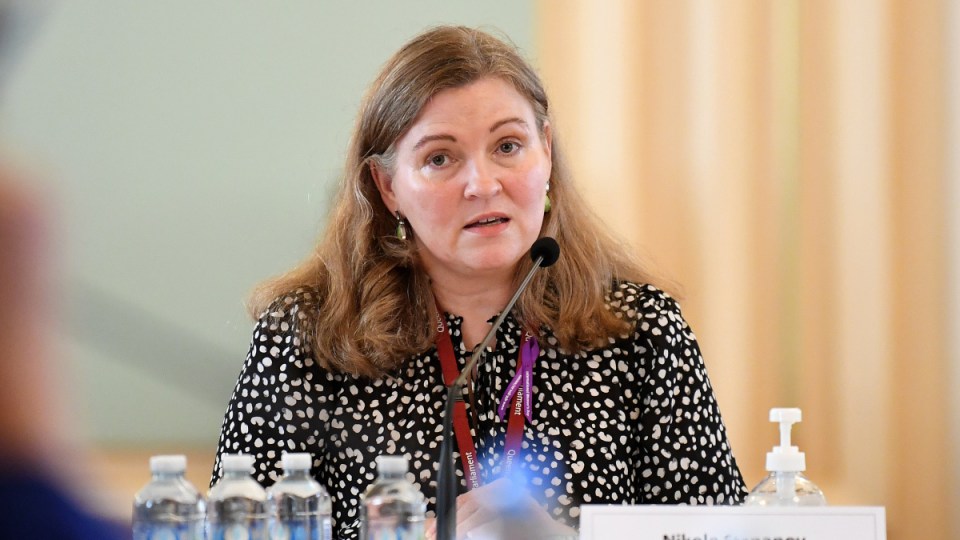 Queensland’s outgoing Integrity Commissioner says she’s in a position of “inherent vulnerability” and has backed calls for a formal investigation into the Public Service Commission’s actions and “considerable powers”.

Dr Nikola Stepanov, who maintains the register of lobbyists and give politicians confidential integrity advice, announced her resignation last week, midway through a three-year term.

Her decision comes with the Crime and Corruption Commission reportedly probing a complaint Dr Stepanov made against the PSC for seizing a laptop from her office and then wiping the device without her knowledge or permission.

The commissioner initially remained silent about her reasons for quitting, but has since released a lengthy statement partially aimed at the peak public service body.

Dr Stepanov says “it is not appropriate” for the PSC to have control over the Integrity Commissioner’s budget, staff and resources.

“”The provision of financial and administrative support for the Integrity Commissioner through the PSC creates the potential for conflicts of interest to arise between the two entities’ functions,” she said in a statement on Wednesday night.

“”Further, the current governance arrangements operate in such a way as to place the Integrity Commissioner in a position of inherent vulnerability, due to dependence on the PSC exercising its considerable powers in a judicious manner.”

Ms Palaszczuk hasn’t fronted the media in Brisbane for three days or responded to the Integrity Commissioner’s call for a PSC probe.

Health Minister Yvette D’Ath refused to comment on Dr Stepanov’s statement, which she said she hadn’t seen, but said the government was “proud of the transparency we had had”.

“I’m not going speak for the premier, I’m sure you can ask her those questions,” Ms D’Ath told reporters on Thursday.

“She’s had plenty of questions on the integrity commissioner over the last few days and she’s answered those questions.”

Liberal National Party leader David Crisafulli has called for a full inquiry into the PSC raid, saying it wasn’t just a “minor breach of transparency”.

He accused Premier Annastacia Palaszczuk of ordering a “goon squad” raid and said the public had a right to know how she would benefit from it.

“That’s the sort of stuff that you see in the Kremlin in Russia,” Mr Crisafulli said.

The corruption watchdog boss had been under a cloud with Cabinet considering a scathing Parliamentary Crime and Corruption Committee report into the CCC.

The committee’s recommended a royal commission into the watchdog after its botched probe into Logan Council.

The Integrity Commissioner said the timing of her resignation, so close to Mr MacSporran’s, was a coincidence.

“My resignation has been considered and planned for some time and could not be regarded as unexpected,” Dr Stepanov said.

However, she noted that details of her confidential resignation notice “were provided to the media” before the statutory processes had been completed.

Dr Stepanov said it was her “absolute privilege” to serve as the state’s fifth Integrity Commissioner, but a strategic review completed in September “signalled the start of what ought to be a new chapter for the office.”