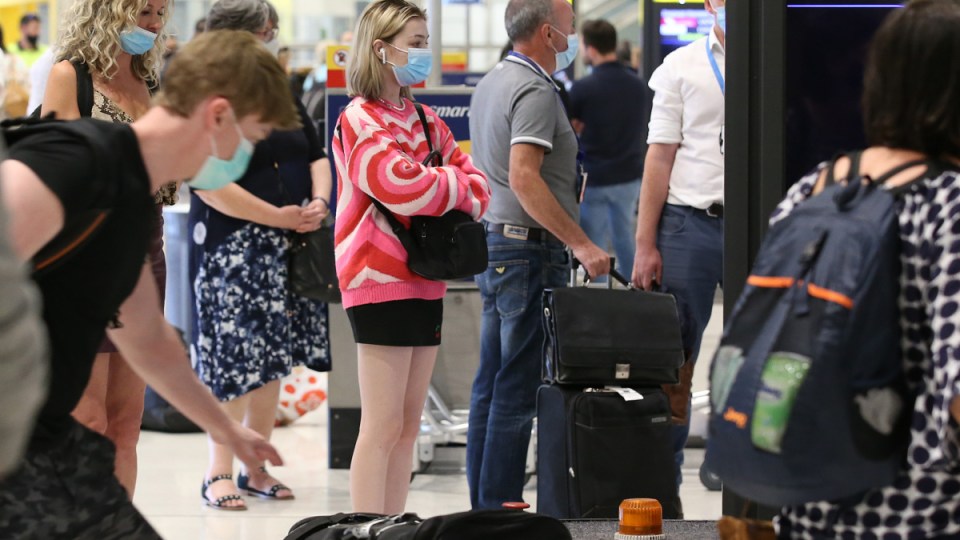 Over 140 people have arrived to home quarantine in Queensland since online applications opened. Photo: AAP

Many of the 12,000 people stranded interstate “are just waiting” for Queensland to scrap COVID-19 quarantine, with 1319 people successfully applying to isolate at home, the deputy police commissioner says.

The new program allows fully vaccinated domestic travellers who test negative for the coronavirus to quarantine at home if they live within two hours’ drive from an airport and have direct, external, “fresh air” access to their dwelling.

He says 1319 border passes for home quarantine have been issued, with more than 12,000 people on the waiting list to enter Queensland.

The state plans to scrap quarantine for fully vaccinated domestic arrivals once 80 per cent of eligible Queenslanders are vaccinated, or December 17 at the latest.

“We understand that a lot of people just waiting to see what happens when we get 80 per cent, probably preferring to come in then,” Mr Gollschewski told ABC radio on Wednesday.

Figures show 82.75 per cent of Queenslanders have had one dose of a vaccine and 71.07 per cent are fully vaccinated.

Queenslanders stranded interstate with their cars on the NSW border are also upset they aren’t allowed to drive to home quarantine, even if they live within two hours’ drive of the border.

The deputy commissioner said the option of home quarantine for drivers was “considered really carefully”, but the government decided it wasn’t safe.

“That doesn’t mean that that makes it easier for people. We understand completely,” he said.

Mr Gollschewski also revealed there was no longer any human oversight of home quarantine applications, with passes issued automatically as long as people gave correct answers.

“So this is one of those security systems that has logic built into it,” Mr Gollschewski said.

“They answer the questions correctly, they provide the evidence that has to be uploaded, and it will issue the pass immediately.”

Mr Gollschewski said he knew of applicants who had applied for their passes within hours of flying to Queensland and at least one man who successfully applied midair.

He encouraged people to apply before travelling to save themselves problems at the airport.

“They really rolling the dice. If they don’t get their pass they’re likely to get turned around, or they’re not going to be able to get in,” he said.